Hey y’all. My name is Amanda Martinez Beck. The storytellers before me were trying to get my mascara to run.

I am the daughter of an Air Force brat mother and a Cuban refugee father. Which means that growing up in East Texas in the 90s, sometimes it felt a little hard to fit in. First of all, my parents didn’t have East Texas accents, so I didn’t either. Second of all, my accent in Spanish class, far and away better than the other white students in my classes, “Coemo estaah oostead.”

And third, when I told someone my last name “Martinez”, the thing I most frequently got was, “but you don’t look Mexican.” My white Hispanic-ness made it a little hard for me to fit in. Well, being the teacher’s pet and the know-it-all didn’t really help either. But when I  finished high school, I vowed I was leaving this place that I didn’t fit in.

And I was escaping. Never to return to East Texas, I swore, except for holidays, because Cuban food at home is not something to be missed. And if you’ve had Cuban food, you know what I mean. Frijoles negros, arroz con huevos, platanos fritos. Mmm, even just saying those words is making me hungry. The Spanish word for “hungry” is hambre.

But one time my son mistook the word hombro, which means “shoulder”. So sometimes when I’m hungry, I like to shrug my shoulders as an homage to my five-year-old. So I finished high school and escaped this landscape vowing to suppress any trace of East Texas in me, and I made it all the way to far off Waco, Texas. 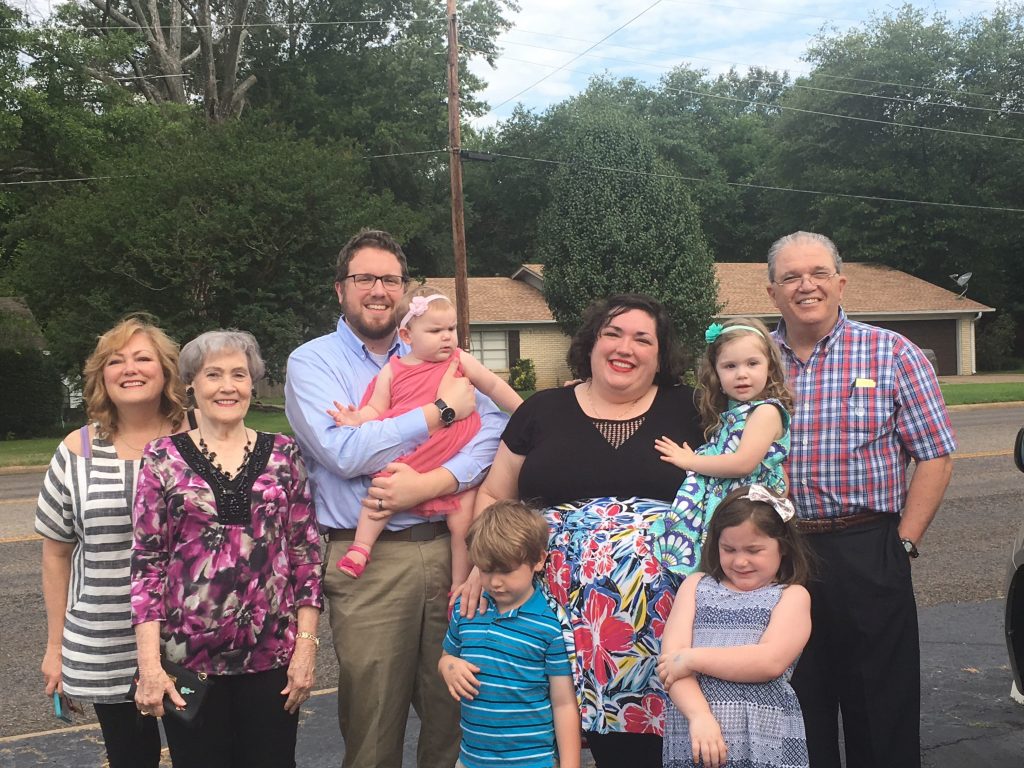 I attended Baylor University, Sic ’em Bears. Waco, it’s a wonderful place right? I was there before Fixer-Upper, but the Spanish word hueco means “big old hole”. And I get what they mean. It took me 11 years to get out of that city.

Sucked me in. While I was there I was pursuing my master’s degree in Spanish and I heard tell of a Cuban Professor who prided himself on his ability to hide his Cuban accent in Spanish. In Cuban Spanish, we tend to drop the “s” at the end of words that end in “s”, so does anybody know the Spanish word for “thank you”?

Gracias. That’s the word, but in Cuban Spanish, we tend to say, “Oh Gracia.” So this professor prided himself that he could hide that part of himself. To have a neutral accent. And it’s hard to express how sad that story made me, because that was my accent. Well, at least the first accent that I ever let myself have.

After that, somehow, I found my heart starting to soften a little bit towards that East Texas, sing-songy lilt that only ever crept into my voice when I was real tired, or had too much to drink. In fact, my heart softened so much that I found myself back here in East Texas, contrary to what I had vowed as an 18 year old. Life has a funny way of doing that, doesn’t it? Not only was I here raising my family, but I started to drawl my vowels, too. Saying things like “yes mayium”, stretching that word into more syllables than it ever needed to have. And droppin’ my g’s at the end of everything that ended in i-n-g. My son Brennan, the one with the shoulders. Heh, all my children have shoulders by the way. But…

My son Brennan, he’s five years old now and he’s in pre-K and he’s learning Spanish at school which fills my little Spanish teacher heart with pride. And he came home trying to put his learning into action. And he tried to take the suffix in Spanish –ito, which means “little”, and put it with the English word “nurse”. Nurseito, “little nurse”. 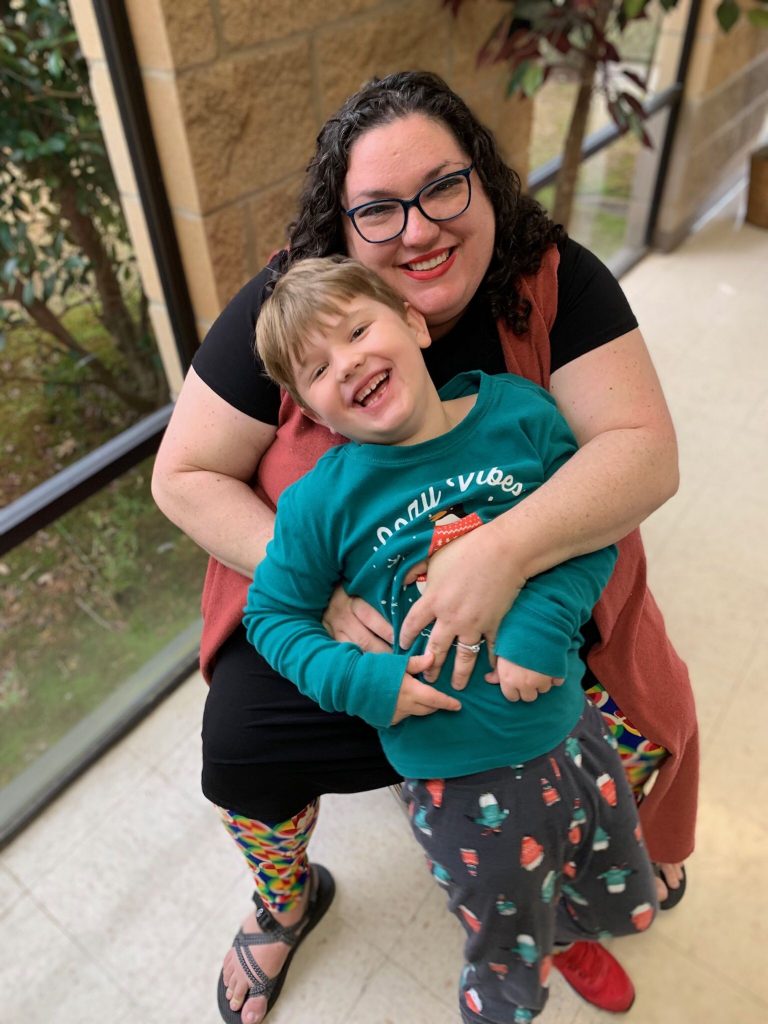 That’s a thing, right? Om, that boy, he towers above his classmates. He’s very big for his age, but I love to hold him on my lap even though he doesn’t really fit anymore. A few days ago, he came home from school and he told me that he had to practice his “sat words”. It took me a minute to realize that he meant S-I-G-H-T. “Sat words”  Not S-A-T, sat words. I tried to correct him, but he insisted that his teacher called them “sat words” and that is what they were. So, how can I do anything but laugh and shrug my shoulders?

But what about me? Do I fit in here now?

A first-generation Cuban-American on the edge of Southern Belle culture where dieting is second nature? I never really fit in there either and I’m not talking about my accent.

Yes. I am fat. An East Texas doctor called me that to my face over a hundred pounds ago. And it stung. I took it as the insult I assumed he meant it as. But now I take the word “fat” and I reclaim it as a neutral descriptor for this large body of mine. And how do I know that I’m fat and not just big boned or something? 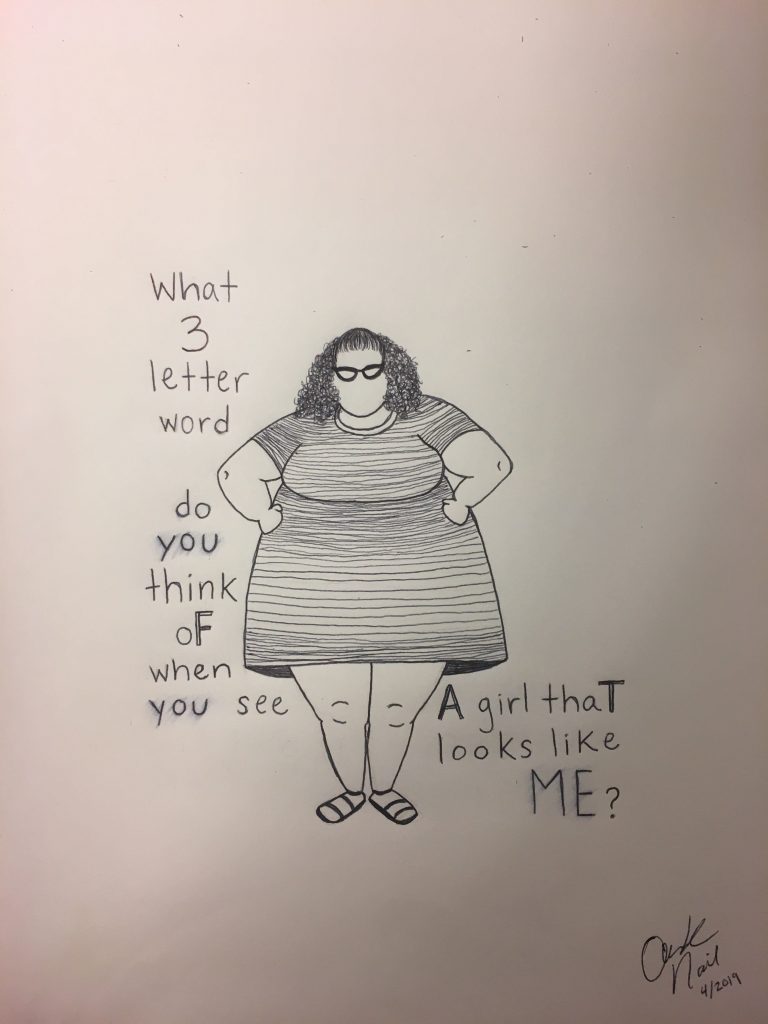 So yes, I have failed the chair test in East Texas in a lot of places. But the thing is, I don’t mind being fat in East Texas anymore, because I’ve learned that no matter where in the world I go, my belly, my accent, my personality, and my dreams are just too big to fit into any box that anybody tries to put them in, including when it’s me holding the box.

Amanda Martinez Beck is co-founder of the Ruah Storytellers Podcast and lives in East Texas. She is passionate about the power of storytelling, particularly through podcasting. She and her husband Zachary cohost the Arkeo Camino and she is also the cohost of the Fat & Faithful podcast. Her first book is Lovely: How I Learned to Embrace the Body God Gave Me.

Feather by Feather: A Vision of Wings

Meet the storytellers, musicians and organizers of Out of the Loop 8: True stories from Tyler and East Texas