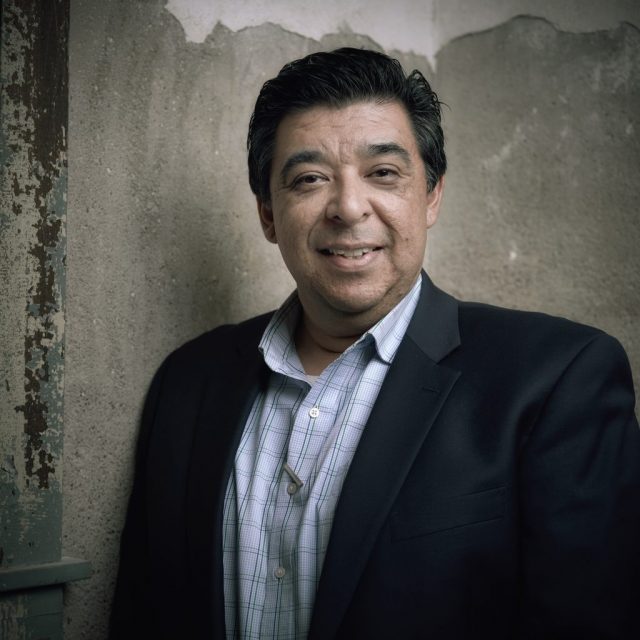 My name is Aaron Martínez, I grew up on the north side of Lubbock, Texas, living in a home right next door to my grandparents. I had two working parents, so with my grandparents so close, it was part of my everyday routine to visit their house. I can still recall the kitchen aromas that would come at me like a wave when I opened the front door: chorizo and eggs, caldo…but especially my grandmother’s homemade tortillas. The smell of homemade tortillas will forever remind me of their home. And I could always count on my grandmother feeding me. No one who entered Grandma’s home would keep an empty stomach for long.

I knew I could find my Grandma in the kitchen, but my grandfather was not always inside the house. If I wanted to see Grandpa, I would have to visit the woodshed behind the house. The shed was a retirement retreat that he built for himself. There, in a cloud of sawdust were dozens of woodworking tools scattered on workbenches. He spent hundreds of hours tinkering on wooden gifts and housewares. He made cutting boards, rollers, and items for his church, like a small, indoor marquee that showed attendance and giving. Working on these gifts was my grandpa’s idea of relaxation.

I would go to the woodshed and get in the way. Grandpa would let me keep him company, and answer my questions about what my dad and his siblings were like growing up. One day when I was 12, we had a conversation that has stayed with me. He asked me, “Aaron, what do you want to be when you grow up?” Or maybe he said “Que quieres ser cuando seas grande?”. Growing up bilingual, my grandparents switched back and forth from English to Spanish seamlessly. Although I always answered them in English, I would lose track of whether they were speaking to me in Spanish or English. For me, it was all the same.

My ideas about what I wanted to be came from looking at my parents’ and grandparents’ lives. I had two parents who had some college, but neither graduated. My mom worked for Southwestern Bell as a sales rep. My dad went to Texas Tech for three years, and joined his dad in the sheet metal trade. My grandmother was the silent, behind-the-scenes servant who indulged her grandchildren and kept everyone fed. My grandfather was a sharecropper and later learned a trade. He became a union sheetmetal worker for 27 years until he retired.

So when my grandfather asked what I wanted to do, instead of answering, I asked him, “What did you do?”

He took his hands and opened them in front of me.

“Mijo, I spent my life working outside every day with these hands so that you won’t have to.” 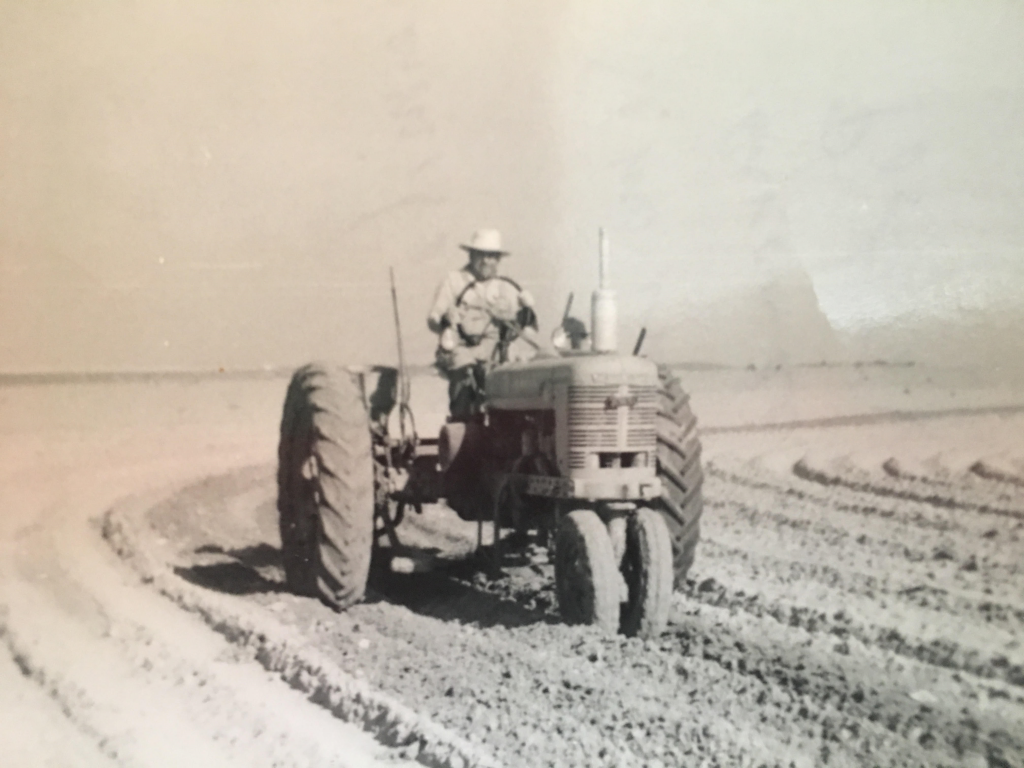 I didn’t understand all that my grandfather wanted to convey to me in that moment. But I could see the seriousness on his face and in his voice. I knew he was telling me something important.

Years later, I ended up graduating from college, getting married and having a child. I named my son after my grandfather. He is Rogers Hermilo Martínez. 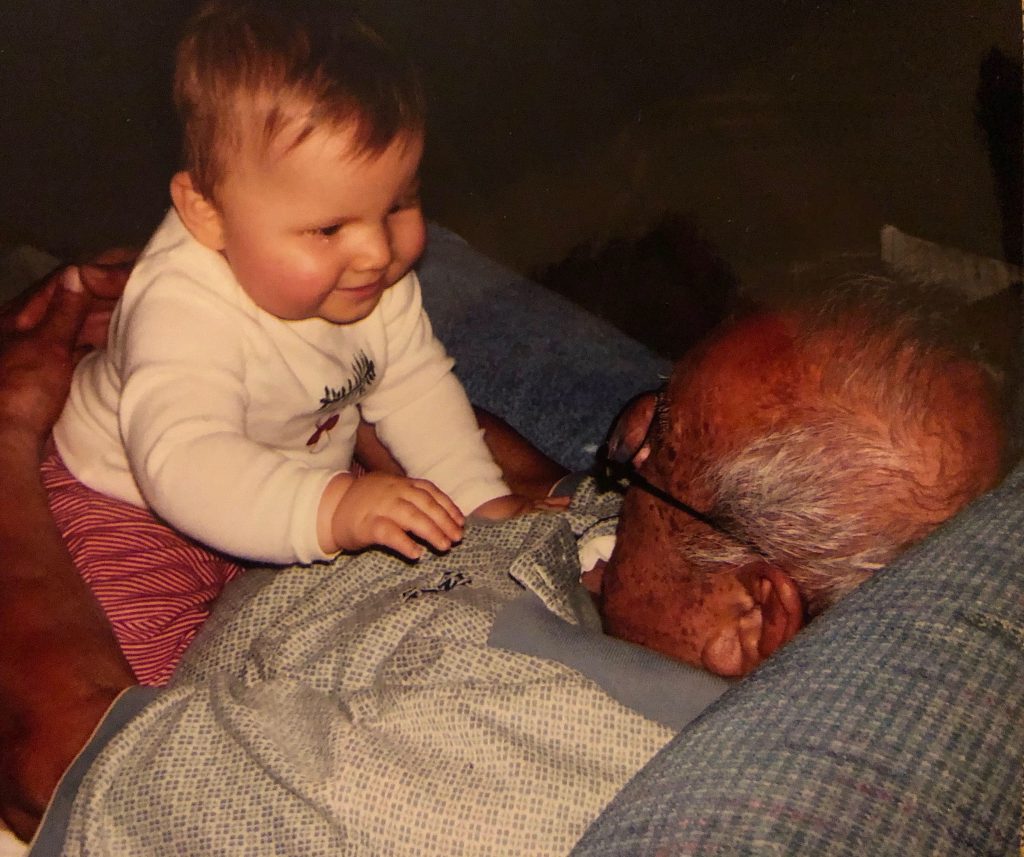 But actually, what I realized only recently, was my grandfather had already given me his name, long before. My grandfather was Martínez, my dad is Martínez, I am Martínez, my sons are Martínez. Over the years, I have used my name as the situation demanded. Sometimes, I am Martínez; other times, I am Martinez. The browner the group, the more I am comfortable using Martínez. That’s a call I make in the moment. If the group is English-speaking, I switch to Martinez.

A few months ago, I had a Twitter conversation with my friend, Cory, and once again I reflected on the importance of my name. For Cory’s tweet to make sense, you need to know that I am the District 5 Tyler School Board Trustee. I am one of seven school board members. As trustees, we are entrusted with setting the direction and goals for school administrators to put into motion. A quick reminder, out of 48 elected officials in Tyler, I am the only Latino representative. The Twitter conversation with Cory began on the topic of accent marks we use over people’s names in print. In other words, acknowledging and using a Spanish name correctly matters.

When I was first elected in 2015, I downplayed the fact that I am Latino. I didn’t want people to feel threatened, or that I was exclusive to one particular group. Because, I’m not. After my second election in 2018, I made a slight shift, realizing that I was entrusted to represent 46% of Tyler ISD’s population, which is Latino and, as a community, has been craving for representation.

Cory went on to say, “I can’t begin to imagine what it means to those families, not just knowing but seeing they have a representative on the board that cares deeply about their history and experience, and what their children’s future can hold.” 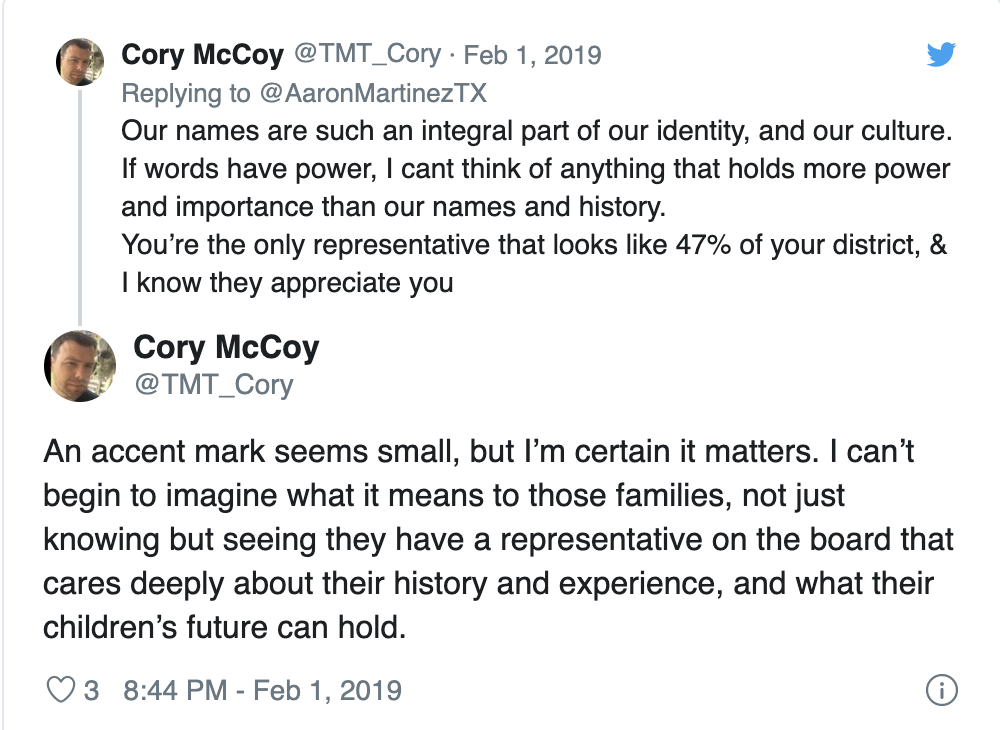 I reflected on this for a long time. I realized that my name—Martínez—holds weight beyond me, and how I might choose to introduce myself at any given moment. I have the privilege of being the one official whose name and skin looks like that of almost half of our students. So I ask myself, “How can my presence help give dignity and respect to the 8,300 hispanic and Latino students in our school district?”

The answer came, in part, in the spring of last year, as I walked the hallways of Orr Elementary school in far northwest Tyler, with principal Steven Young. We popped into a first-grade classroom that happened to be bilingual. I was called upon to read to a group of 15 students, completely spur of the moment, a book is handed to me from the teacher. And, of course, I read to them in Spanish, a Mo Willems book about a pigeon driving a bus.

As I walked out of that classroom door, I was again struck by my unique position on the school board. It is likely that, of seven trustees, I am the only one who could comfortably pull off what happened in that reading circle, as I sat on the carpet reading ¡No Dejes que la Paloma Conduzca el Autobus! to a group of upturned faces in every shade of black, white and brown.

My grandfather’s words are still with me, and still working on me as I turn them over and over. Like Grandpa, I work to make the generation after me better. My grandfather was right: his work made my life easier than his. What he couldn’t have predicted was that in my day job I, like him, work outside with my hands. As a grounds manager I am responsible for the landscaping and upkeep of one of the largest commercial properties in Tyler and am continuing his original work, farming, by adding a vegetable garden to one of our outdoor courtyards. And this is work that I love. Nor could my grandfather have imagined that I would one day be an elected official in my community, responsible for representing thousands of public school students and their families.

I cannot predict the ways my sons’ lives, or my TISD students’ lives, will be easier or more difficult than my own. But whether they choose to call themselves Martínez or Martinez, my hope is that my work, like my name, matters.

My name is Aaron Martínez, thank you.

Aaron Martínez is a Certified Grounds Manager and Certified Arborist with Christus Trinity Mother Frances Health System. He is also a member of the board of trustees of the Tyler Independent School District. Aaron is originally from Lubbock and his wife of 20 years is from Tyler; he’s lived in Tyler for the past 12 years. He has two boys, aged 10 and 12. Aaron loves Fightin’ Texas Aggie football, fishing, golf, and spending time with his family. You can follow him on Twitter here.