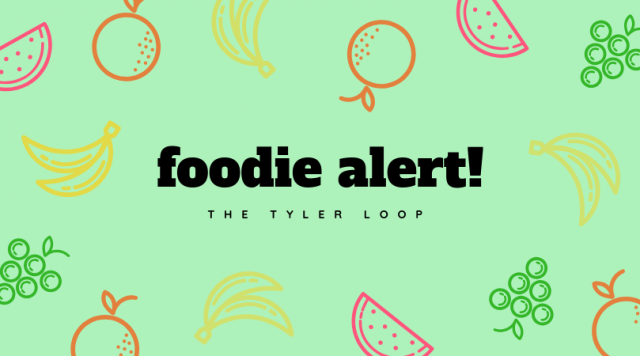 In the spring, we reported a whole issue of stories about food, drink, and farming around Tyler. We talked with local restaurant owners, organic agriculturists, and wine savants about how we eat and drink in East Texas. This week, we’re checking in on some of the new endeavors we reported on to see how things have progressed. Are these fledgling businesses or new projects succeeding? What’s been the biggest challenge? And what have our sources learned along the way?

Scroll to read all the updates, or click on your favorites below to jump to a section:

When we spoke in February, Sola Bread, then a home-based wood-fired bakery and pizza operation, was getting ready to open its first brick-and-mortar location alongside True Vine Brewing Company near the west Loop. At the time, co-owner Blaine Davis expected to churn out 30 pizza pies on a typical Wednesday night, and maybe 100 on a Saturday. Six months later, Davis says, “we’ve blown my projections out of the water,” more than doubling his predicted output. Keeping up with demand can be tough. “Dough is a twenty-four-hour process,” says Davis. “If we run out of dough on a given night, that’s that.” Another challenge: staying true to the company’s vision in a market more used to endlessly customizable pizza options. “We get countless requests every week for ranch dressing and red pepper flakes” for dipping and sprinkling purposes, says Davis. “It would be very easy to say yes, and up-sell it. But I’m very adamant that our product stands on its own.”

Sola’s current number-one seller is a pepperoni pizza, to Davis’s slight chagrin, but the restaurant continues to experiment with boundary-pushing flavors. They’ve started collaborating with Red Moon Farms, organic growers out of Van Zandt County (more on them below), with a rotating pie featuring the farm’s seasonal produce. A recent example paired Red Moon’s sweet onions with spicy breakfast sausage and beer cheese. Sola also hopes to expand its bread program with the purchase of new equipment, and their pastries have filled a void left by the loss of M&K Provisions at The Foundry. (As we reported in the spring, M&K had ceased operations due a lack of commercial kitchen space in Tyler. Since then, the owners have moved back to California, where they continue to bake and hope to launch a monthly by-mail pastry subscription service in the near future.)

Overall, Sola’s Davis says, he’s glad Sola decided to partner with True Vine at this new location. “Every single weekend there seems to be more and more people, with whole families coming out, and I love that it’s not your typical brewery scene,” he says. “It’s turning into Tyler’s hangout.”

Six months ago, we wrote about a problem crippling innovation in Tyler’s foodie scene. There’s a serious lack of commercial kitchen space in Tyler available for folks who want to open food trucks, sell prepared food at the farmer’s markets, or offer other non-traditional dining options. That lack of kitchen space is why M&K Provisions left town, and it’s partly why the hotly awaited downtown food truck park never materialized. Kat Santos, a veteran food industry professional, was bravely attempting to fill the void with a new enterprise called Food Worx, a 6,000-square-foot downtown facility offering not just rentable kitchen space, but also training, networking, and mentoring for food entrepreneurs and employees.

Since then, Santos has made a lot of progress, and she says Food Worx is on schedule for a soft opening in October. She’s incorporated the business as a nonprofit organization, and has lined up a carefully selected list of initial clients, including two beverage companies, a meal-prep service, and “three mobile food trucks that nobody has seen yet.” A local restaurant supply company wants to demo their equipment to local restaurant managers at Food Worx, and another business wants Santos to offer sanitation and safety training. “We want to be a place where it will be affordable for individuals and small businesses to access all of these things,” says Santos.

The biggest hurdle is the same one that’s frustrated countless local restauranteurs and aspiring entrepreneurs: dealing with NETHealth, the health agency that oversees food safety in the city. In the past, the city has debated pulling out of its contract with NETHealth over criticisms of its famously demanding regulations. Santos says that in her case, complying with NETHealth is especially complicated because she’s doing something new. Food Worx isn’t a restaurant, or a culinary school, or a regular commercial kitchen. It’s a “community kitchen and incubator space,” as Santos describes it, and that means she has to work with NETHealth to create new guidelines for what she’s trying to do. She’s spent months researching how similar organizations around the country work with health departments in their region, and sharing her findings with NETHealth. “We’re the pilot program for the East Texas area,” says Santos. “We’re creating this from the ground up.”

In March, we broke the story that the beloved Lola’s Handcrafted Sandwiches, which had shut down earlier this year, had found new owners and was coming back—in the same location, with its original chef still on board, and nearly the same menu. Since then, new owners Shawn and Rebecca Dunn have expanded the menu, expanded dinner hours, and secured a beer and wine license.

Like several restauranteurs we’ve spoken to, Shawn says securing reliable staff has been a major puzzle. “We interviewed and interviewed and finally got the right people in the shop,” he says. Space is also a challenge. The Dunns opted to retain the original location, but quickly realized that they needed a bigger grill. The current building doesn’t really have room for that. They’ve added cold sandwiches to the menu to help ease grill congestion, but it’s not enough. Relocating isn’t necessarily in the cards, though. “One of the downfalls I’ve heard a lot about is moving into a shop that’s too big. Expenses can get really high, and you go from a cozy feel to a restaurant that always feels empty,” says Shawn. For now, the plan is to try and build additional storage onto the existing location.

Eventually, however, the Dunns hope to expand Lola’s with new locations, and they’ve set a number of benchmarks along the way. Last month, the restaurant was profitable for the first time under its new ownership, a major milestone for any food service establishment. Lola’s currently employs a staff of 17, and is looking for a new confectionary master to continue its popular “cupcakes for a cause” program, which raises funds for local nonprofits and service organizations. “It’s a rollercoaster,” says Shawn, “but every day we learn something new and we refine the process.”

A lot of has happened at Red Moon Farm since we spoke in January. Three growing seasons later, Jessica and Justin Bullock, partners both in life and in running the farm, realized a longtime dream of planning an orchard on their 38-acre plot in Van. They applied for and received a grant from the Texas Department of Agriculture aimed at farmers under 40 years of age with at least some farming experience under their belts. “You pitch a project, tell them what you want to do over the course of a year, and they fund half of it through a matching grant program,” explains Jessica. To make up the other half of the needed funds, the Bullocks set up a GoFundMe campaign asking their community to donate $5,500 toward the effort. Today, the Bullocks are $100 shy of reaching their goal.

In the meantime, the Bullocks are deep in the details of planning their orchard. “We’re meeting with experienced folks in the area who’ve worked with fruit and tree production, figuring out how to amend the soil, which nutrients these crops will need, what to place where,” says Jessica. They hope to plant peach, plum, nectarine, and apricot trees, and a few hundred strawberry and blueberry bushes. They’ll also include a number of perennial crops that they couldn’t afford in the past, like asparagus. Over the next few months, along with planting and harvesting their fall crops, the Bullocks and their small staff will be tilling and composting the orchard site and rooting their new trees and plants.

Planting fruit trees and perennial crops that come back year after year is also an investment in Red Moon Farm’s distant future, Jessica explains. “Many years from now, the crops we’ve selected should produce for us when we’re in our sixties and seventies, and can’t do as much bending and hoeing and we can do now in our thirties,” she says. “This whole concept is our long game.”

In March, we spoke with Kiepersol’s award-winning in-house enologist and winemaker Michael McClendon about how he got involved in the wine business, how his science education at U.T. Tyler translates into his work today, and what it’s like being a black winemaker in an overwhelmingly white industry. McClendon also told us about a new side venture he was co-founding called Sages Vintage, a Nacogdoches-based company that works with grape growers across East Texas who need help crushing and bottling their fruit.

“It’s up and running, and we were very successful in our first season,” says McClendon. “We realized we need more space and size; right now we’re just two guys in a barn. It’s a good problem to have.” This year, the company worked with Silver Spur Vineyards, Cannon Creek Vineyard, Teysha Vineyards, and Vine 2 Wine, a Winnie-based operation that picked up a couple of awards at a Texas wine competition this year.

Along with handling a grower’s fruit, Sages Vintage also offers consulting on their business plan, marketing, legal needs, and so on. “We realized that we don’t want to get people in and then leave them without a path forward,” McClendon says. “People can get excited and want to jump out too far, and end up overextending themselves. We want them to have a path to success.”

Overall, McClendon hopes to continue bringing awareness to what he says is an underappreciated East Texas wine market. He’s involved with the Piney Woods Wine Trail, and hopes to see more collaboration between local growers, winemakers, and restaurants. “The restaurants have to be open to local producers—wrap your arms around the local guy, build menus around certain items, and so on,” he says. “At the same time, the growers and producers have to get out there and tell their stories, help local consumers get to know the people behind the products. Here in East Texas, we have a lot to appreciate right in our own backyard, and more and more people are starting to realize that.”