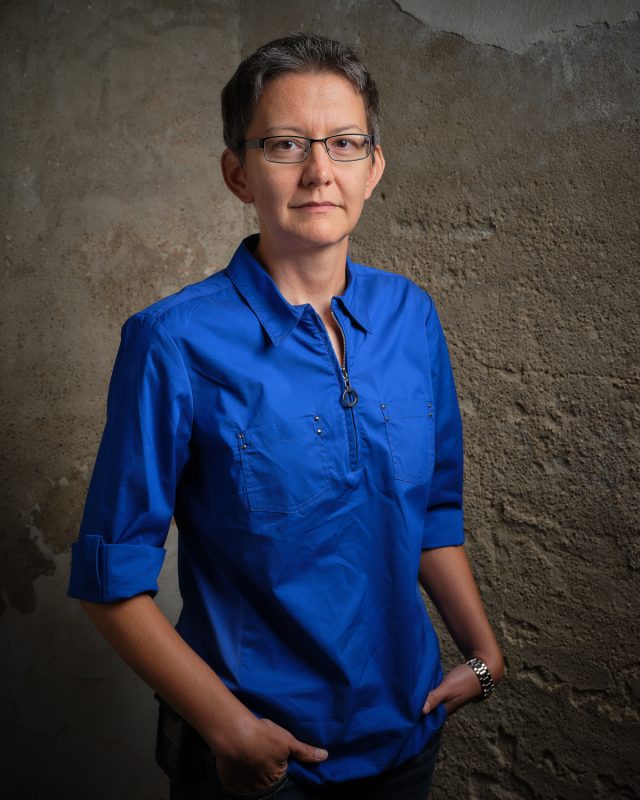 thetylerloop · Out of the Loop Season 2: Jennifer Toon

My name is Jennifer Toon. I made my debut at Good Shepherd Hospital in Longview, Texas, in 1979. I came into the world with a thick, full head of hair, big dark eyes and a gash on my cheek. I had scratched myself on the way out. It would be my first self-induced wound. The hospital picture still shows the fresh blood on my face.

You know, there was nothing in my early childhood that hinted at the chaos to come. I was a pretty normal little kid, very well mannered, shy. I liked to write and play basketball. My parents sent me to church, and they stayed involved in all my activities at school. I had a lot of little friends. But actually my closest friends weren’t the kids my age, but rather, I had a really close relationship with nature and all of its inhabitants.

My parents’ home is on the outskirts of Kilgore, nestled in between pasture land and a wooded area. This is where I grew up, and I always found something very mysterious and comforting about the East Texas landscape. I spent hours at the pond next door, exploring its green water and red clay mud. I could be seen fishing with my cat Tiger, who sat very impatiently at the water’s edge, waiting for what tugged at my lines.

I was particularly interested, though, in crawfish, and I hunted them relentlessly, digging into their little mounds and tunnels, trying to be faster than they were. I thought this was more of a challenge than the old pole and string method that my cousins used. But really my mother had stopped cooperating about the bait. I would beg her. I’d run in the kitchen. “Mama, I need some more bacon for crawfish huntin!” and she would say, “No ma’am, nope. I cannot afford to feed every mudbug next door. Jennifer, do you even know how expensive bacon is?” And I would say, “No. Can I have some ham?” — which she refused and told me to get out of the refrigerator.

I also fancied myself to be what I called a tadpole farmer. Now this is a real profession to an eight year old. And every day after school, I would run towards the pond. I’d slide under that barbed wire fence, and I would check the marshy bank around the pond where these big globs of jelly tadpole eggs lay hidden. And when they were ripe and ready, I would store them in, you know, those old, big dill pickle jars. And when they hatched, I would sell them to the neighbors for a nickel each. I really loved tadpoles, and I believed that the pond and all of its inhabitants felt the same way about me.

You know, I have never been able to say that there was one, defining moment when my well-being began to deteriorate. My mood just became darker, shade by shade. And what began as just one, bothersome thought became what felt like just fire ants all over my brain. I didn’t know what was happening to me. I didn’t know what to do. I didn’t know how to ask for help. So I began to withdraw inside myself. As I became a teenager, the trips to the pond stopped altogether. But in order to find relief for the growing anxiety and the murky confusion in my mind, I was again drawn to nature. At night when I couldn’t sleep, and I would just toss and turn, I would sneak outside and I would stretch out on our old wooden porch swing, and Tiger would jump on my chest and purr himself to sleep as I rocked us into the night.

Now I spent almost two decades incarcerated and I survived, but I never did learn to sleep well there, either. State prison is a place of terrible suffering. At night, the dorms in the cellblocks — they were quiet, but sometimes they were too quiet, and the silence would startle me awake. I would lay on my bunk, just terrified that all hell was about to break loose. And then I would again be swallowed up by chaos, but this time of other people’s doing and not my own. And I would lay there and worry and think, “God, is this the night that the unstable woman in the bunk next to me loses control again?” And I would do what I could, you know, I would try to check on her. I’d be like, Honey, are you okay? How are you doing? You all right?” And she would usually say something just absolutely crazy but harmless, like,”Jennifer, I won the Boston marathon today. I’m very tired.” Then there were other times that she would respond very agitated and very confused. “Who are you? Why do you keep wanting me to do that?” She wouldn’t be looking at me when she said it.

Those were the nights I could not sleep well, because I knew in those moments, her mind was teaming with fire ants, probably not unlike the ones that used to torment me. So I would lay there and I would toss and I would turn, and my heart would pound into my ears and I would just, I would be so afraid. I’d be like, “Oh, we’re going to have to clean up blood again in the morning.” And I wouldn’t be able to breathe, and I would pray, “God, father God, please take me to a place of peace. Please help me find peace.” And I would pray this over and over, and slowly I would drift back home.

I could feel the night breeze while out on our swing. I could see the pond, bathed in bright blue moonlight that made it seem like almost day. I could feel the fur and purr of that old yard cat. I could hear the frogs bellowing, the crickets and the katydids and their harmony. I could hear the trees whistling in the wind. And this memory would lull me back to sleep. This is the memory that brought me the peace of God. In moments of screaming, guards and slamming gates and incredible violence, I would retreat back into that memory. When I couldn’t make sense in my own fears, I would close my eyes, even if it was just for a second. And I could see Tiger sitting on the banks of the pond waiting for me after school. And I could endure one more day. One more month. And one more year.

There’s a bend in the road near our house where tall pine trees, they arch towards one another and it creates this very natural, beautiful canopy over the road. And I remember being on the school bus when I was little, looking out at this particular spot and just feeling so relieved that I was almost home.

Well, now when the days have become difficult, and the old fears they threaten to resurface, and my hands tremble, and my breathing becomes difficult — I slow down when I drive through that bend and I pray the prayer that I prayed in prison. I glance up into the trees and I can feel the canvas of limbs embrace me and I can breathe again. Because the peace of God is still present here. And I know that I’m not just almost there. I’m finally home. Thank you.

Jennifer Toon is a formerly incarcerated criminal justice advocate who was born and raised in East Texas. She attended Kilgore High School, and U.T. Tyler, and studied journalism at The University of Houston. She has 25 years of criminal justice involvement inside and outside the gates. Jennifer has written for the state prison newspaper, The Echo, for over ten years and as a freelance writer she has published work with The Guardian, The Texas Observer and  The Marshall Project.