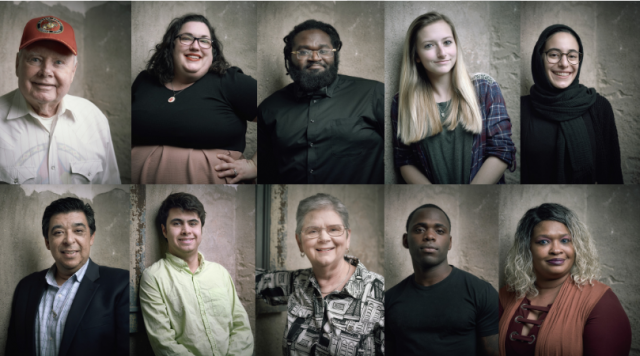 On April 12, 2019, a number of phenomenal local storytellers, musicians, organizers, and multimedia professionals are coming together to present “Out of the Loop: True Stories about Life in Tyler and East Texas.” The first event of its kind in the greater Tyler area, the event features true personal narratives that reveal something real about our region’s greatest challenges and greatest opportunities. Read more about the talented Tylerites and East Texans behind this unique, sold-out experience below.

Want to help us put on another show like this? Become a monthly member of The Tyler Loop. Just $15 a month, the cost of a nice lunch, brings more innovative, inclusive, in-depth journalism and storytelling to Tyler and beyond. Info and 30-second signup here.

Portraits of storytellers by Jamie Maldonado. 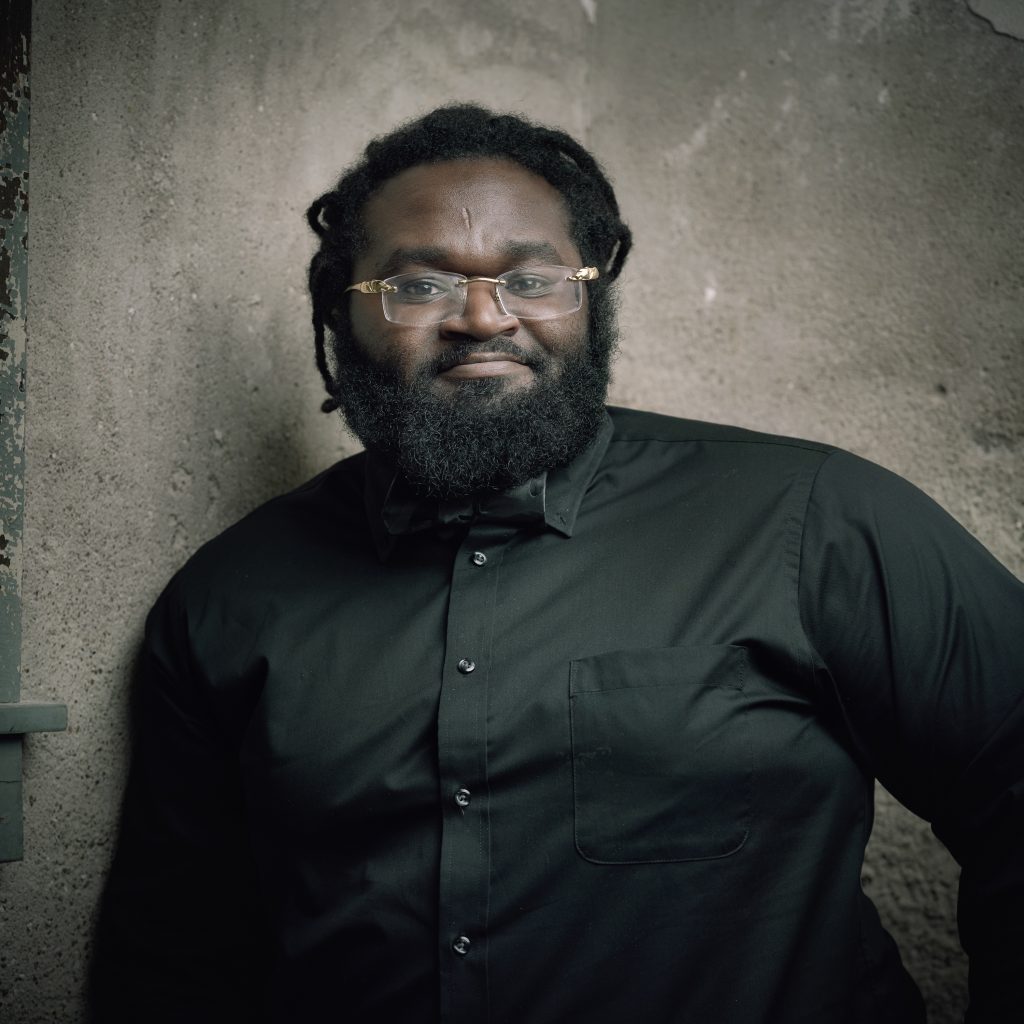 Michael McClendon is the co-founder of Sages Vintage, a “custom crush” winery and consultancy in Nacogdoches. He is the former award-winning in-house enologist and winemaker at Kiepersol Vineyards. Named a Young Turk of Texas wines, the job has taken him all over the world, from Chile to New Zealand. Michael graduated from U.T. Tyler in 2009 with a biology B.A., plus minors in chemistry and Spanish. He has worked with several local organizations such as the Central Texas Region C.M.E. Church Board of Christian Education, Discovery Science Place, and the former Tyler Bolts Rugby Club. Michael loves spending time with his wife and his 7-year-old son, an avid baseball player. Read more about Michael’s work and life in Tyler here. 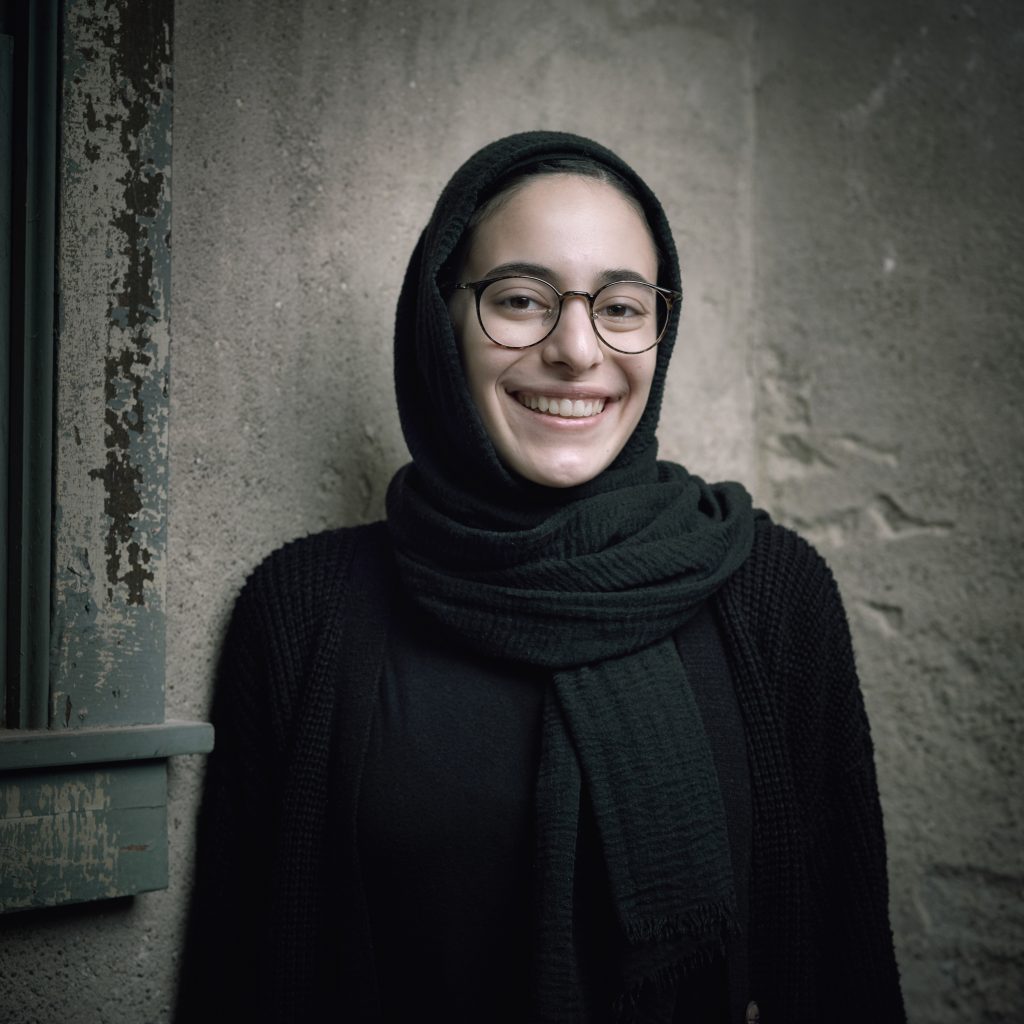 Yasmeen Khalifa is a mass communication and English double major at U.T. Tyler. She is a founding member of the Youth Advisory Committee of Keep Tyler Beautiful, and is the managing editor of U.T. Tyler’s Patriot student newspaper. She also works as a lab technician on campus. Yasmeen has lived in Tyler her entire life; her family is originally from Egypt. She loves to skateboard, find new places to eat and hang out in town, read, go rock climbing, and play with her four pet birds. Her dream is to travel the world, writing about experiences along the way. 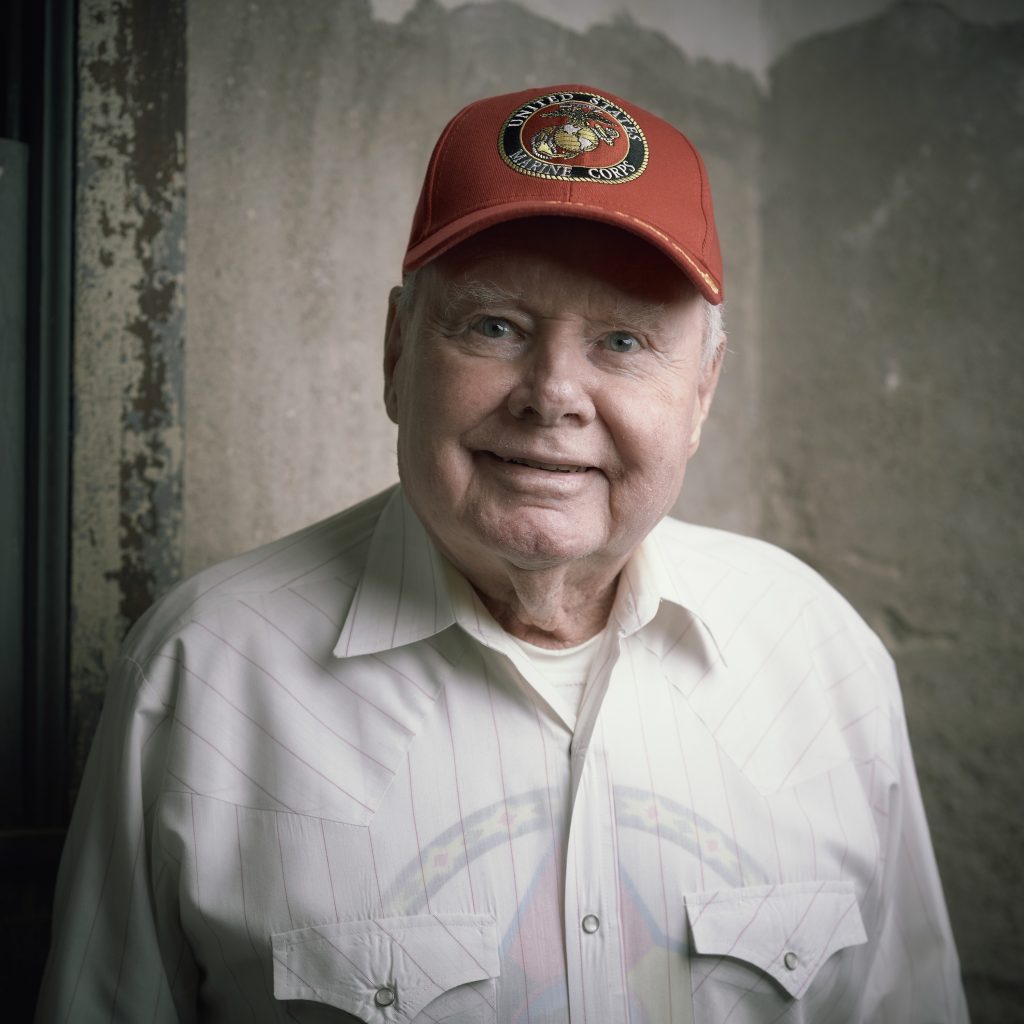 “Living in East Texas, I’ve traded in Tyler all my life,” says Foy, whose family has worked the land in East Texas as farmers for three generations. “East Texas is where I got my schooling and my Christian values. I’ve raised my family, farmed and ranched in East Texas. In the Marines, I was in California and Washington State. Working in the oil fields, I traveled in Louisiana and Mississippi. I’ve visited Michigan and South Carolina. East Texas has always been my home.” You can read more of Foy’s story, in his own words, here. 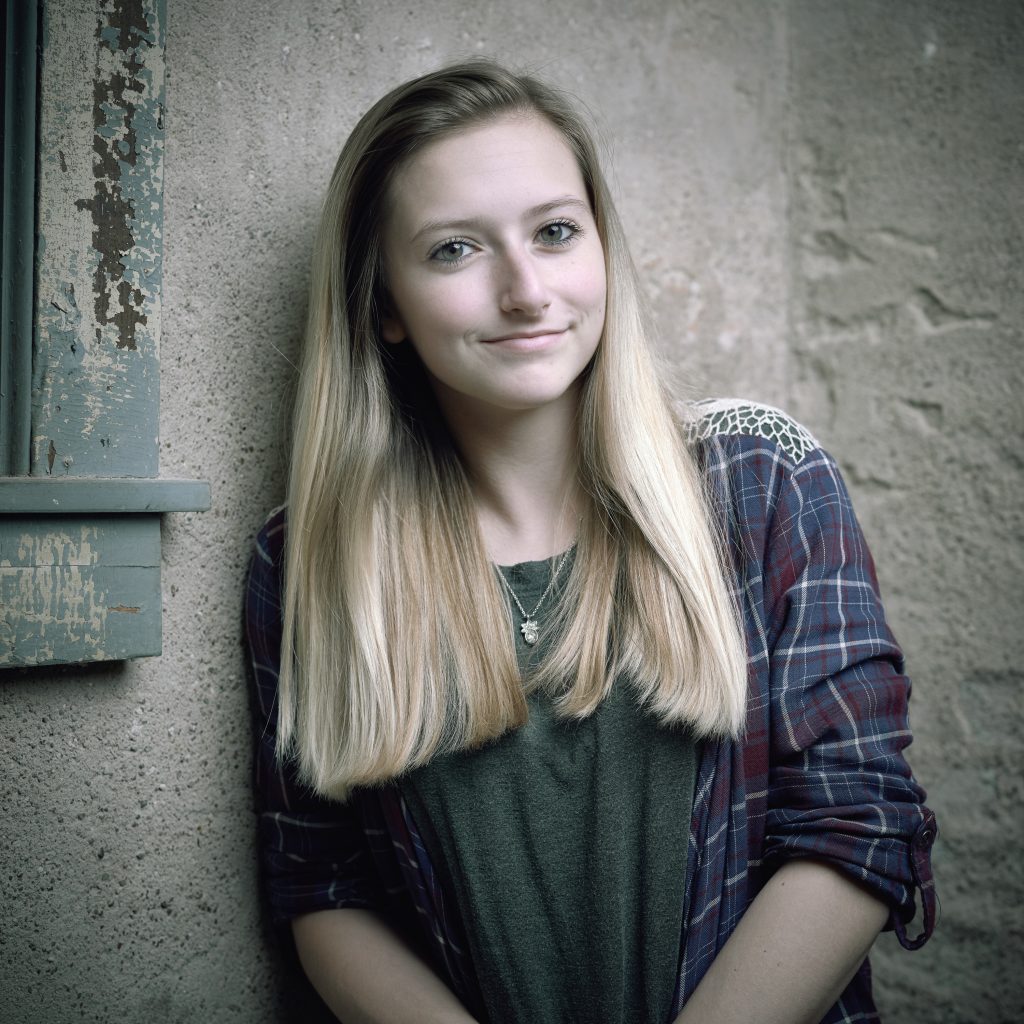 Kaelyn Kopper is a student at Winona High School, where she plays trumpet, volleyball, softball, and runs track. She is studying emergency medical services at TISD’s Career & Technology Center to become a paramedic. Kaelyn has four siblings in her blended family, a “beautiful, loving, and supporting mother whom I love so very much,” and “a very supporting stepfather who stepped into my life a few years ago and graciously took the father role in my life. I had my biological father pass away in 2008, but I’m so very thankful for the family I have with me today!” 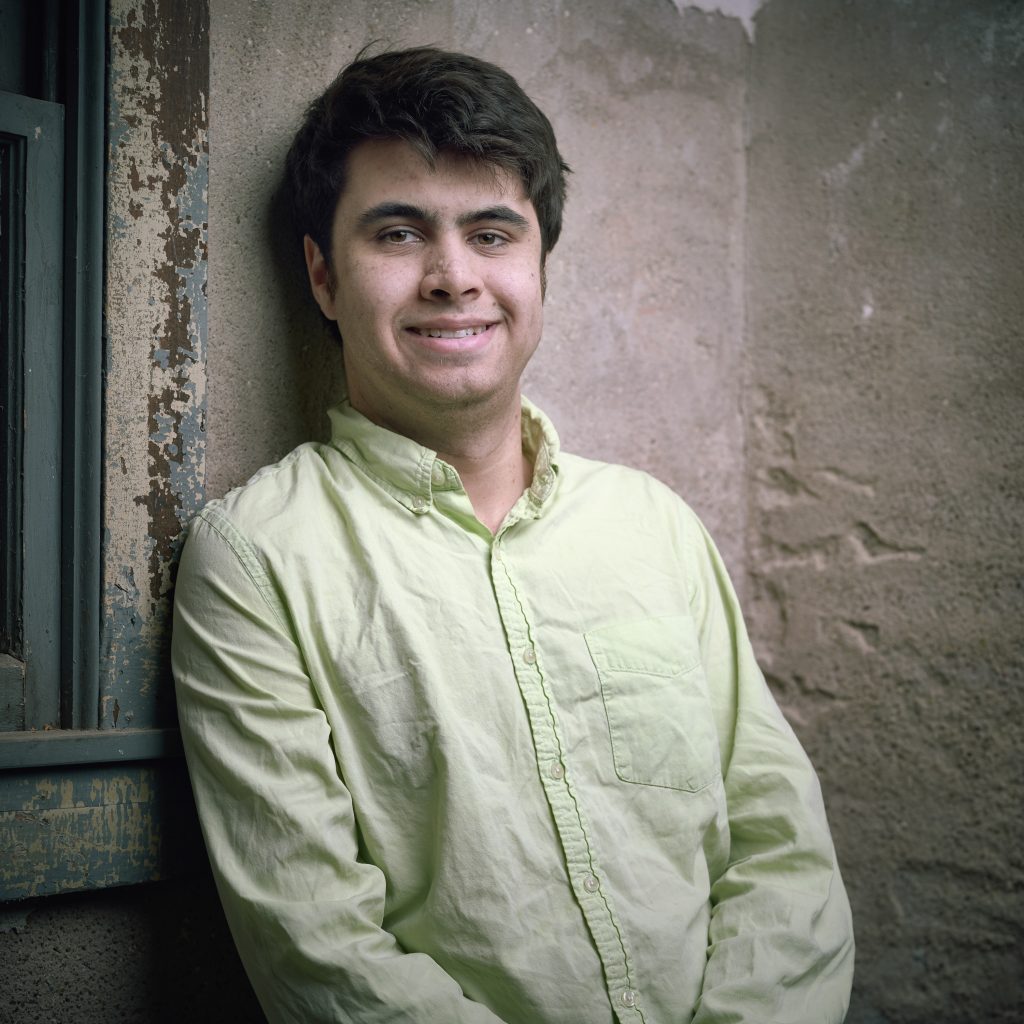 Govinda Dass is a graduate of Robert E. Lee High School and U.T. Austin. He also attended Tyler Junior College. Govinda has extensive experience as a competitive college debate and speech team participant, and played saxophone at Lee. He’s lived in Tyler his whole life, and currently works at Lee as an educator. As an avid nature lover and also a person living with muscular dystrophy, Govinda is deeply invested in spending time in nature and spreading awareness of the importance of nature conservation. His message to his family is, “Thank you for never giving up on me.” 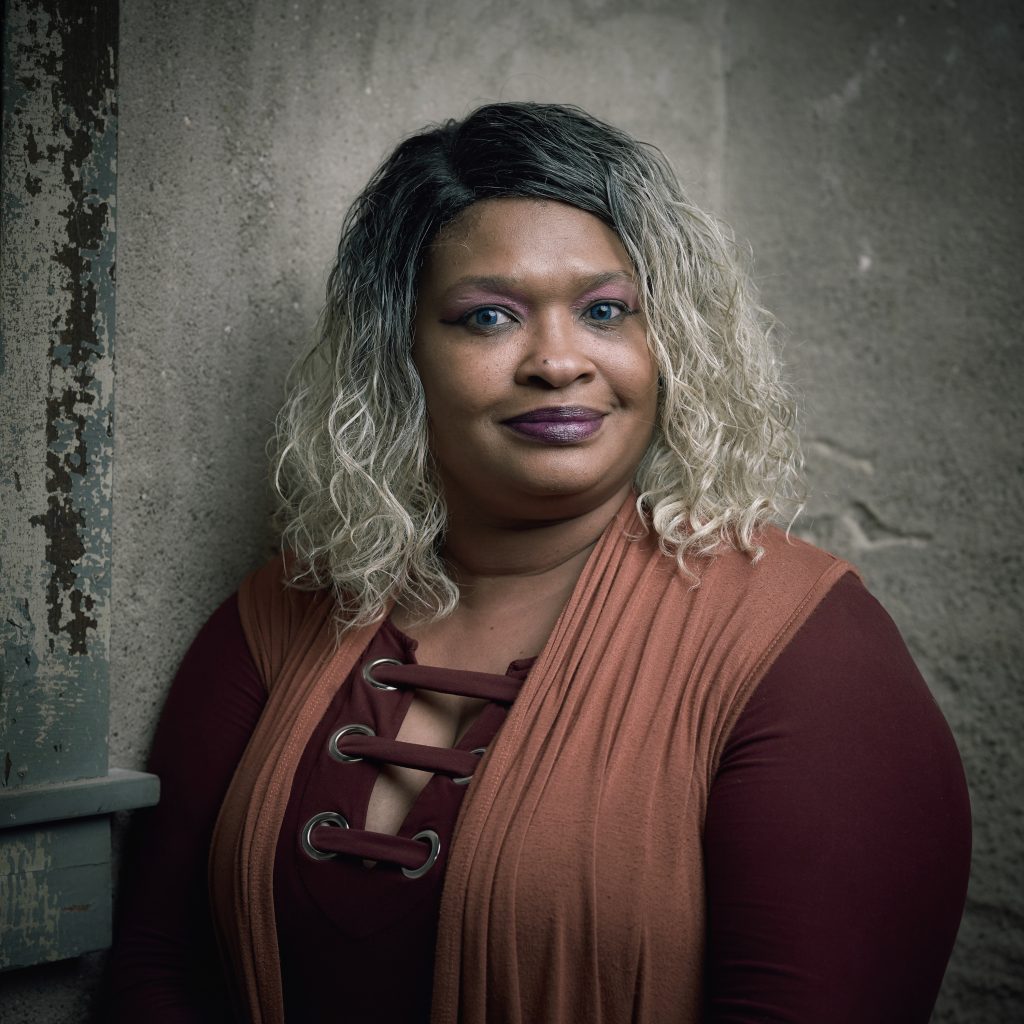 LaShonda Carter works in health care and rehabilitation. She is originally from Liberty City and has lived in Tyler for the past six years. She loves to spend her free time fishing and hanging out with her sons Ivory, Daniel, and Slade. LaShonda is proud of her large extended family—six sisters and two brothers, with lots of nieces and nephews—and says when they all get together it gets “loud, very loud.” She is grateful for her best friend Daniel Carter, Sr. 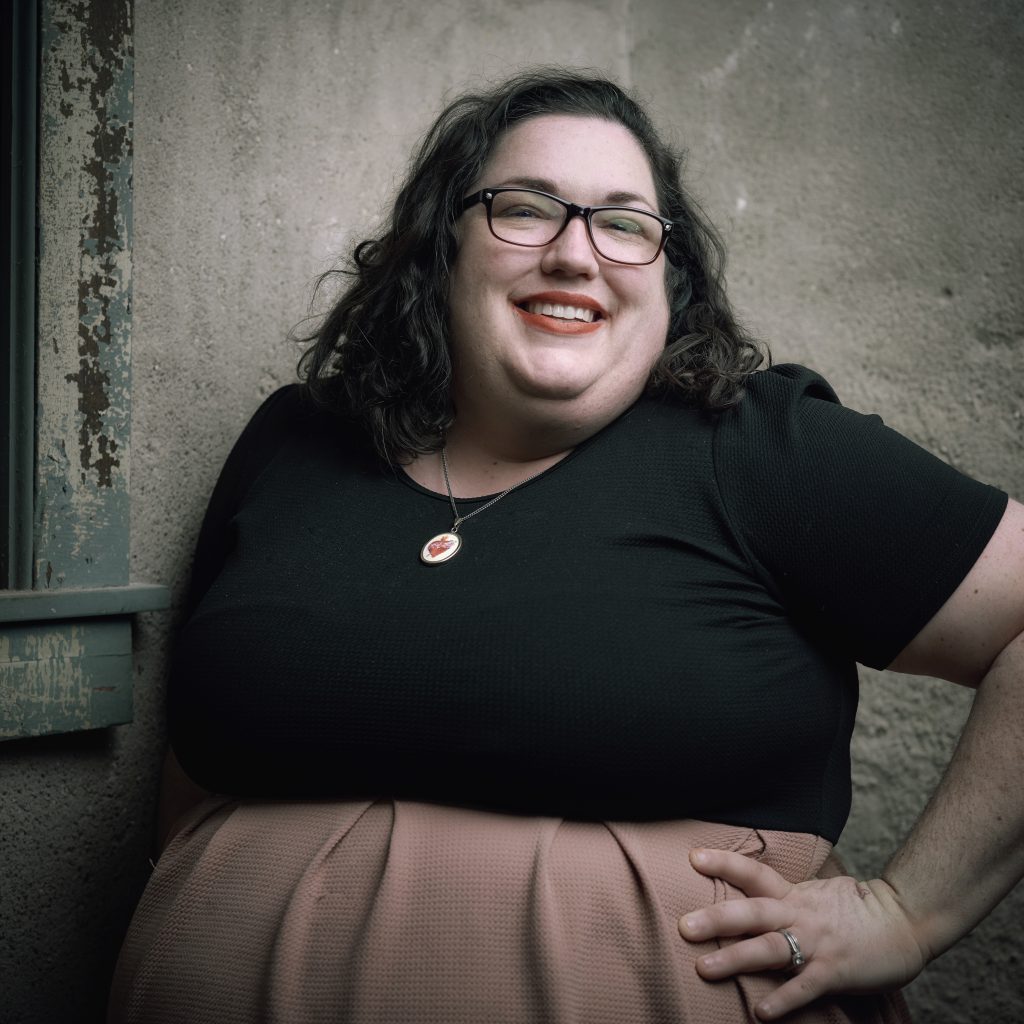 Amanda Martinez Beck is from Longview, where she currently lives with her husband and four kids. She works as a writer, a story consultant, and a size-dignity activist. On her website, she describes herself as “a small-town Texas girl who fell in love with Jesus through the Eucharist and eventually made my way home to the Catholic Church.” She co-hosts the Fat & Faithful podcast and recently released her first book, Lovely: How I Learned to Embrace the Body God Gave Me. 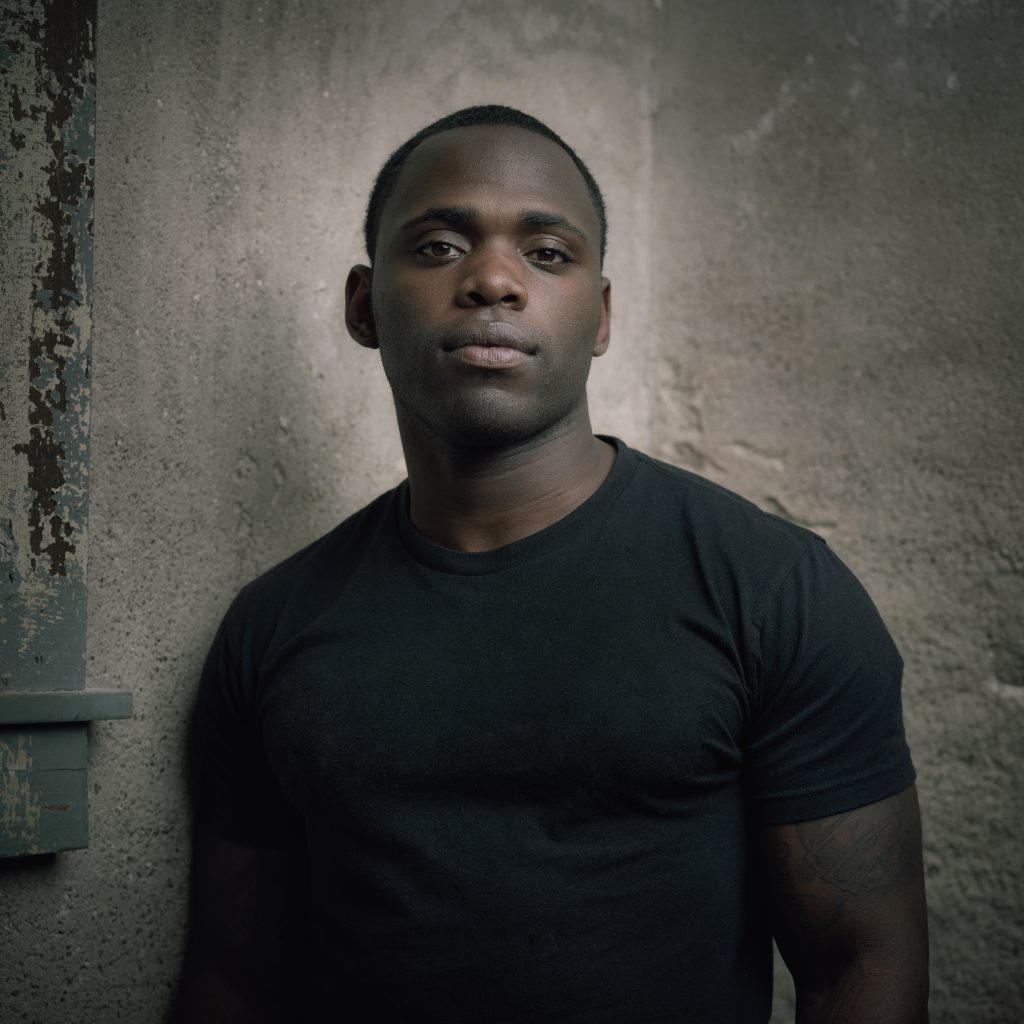 Dreak Scott is a lifelong resident of Tyler and a graduate of Robert E. Lee High School. He works as a personal trainer at Tyler Athletic & Swim Club and says working out is his “passion.” On any given day, you’re likely find him at the gym, at Pots and Pans soul food restaurant, Chic-fil-A, or Sweet Sue’s. He loves spending time playing chess, doing yoga, writing poetry, and spending time with his family members—”they are all organic and unique!” he says. Aaron Martínez is a Certified Grounds Manager and Certified Arborist with Christus Trinity Mother Frances Health System. He is also a member of the board of trustees of the Tyler Independent School District. Aaron is originally from Lubbock and his wife of 20 years is from Tyler; he’s lived in Tyler for the past 12 years. He has two boys, aged 10 and 12. Aaron loves Fightin’ Texas Aggie football, fishing, golf, and spending time with his family. You can follow him on Twitter here. Brenda McWilliams is retired after nearly 40 years in education and counseling. She fills her days with community, charitable, and civic work; photography; writing and blogging at Pilgrim Seeker Heretic; reading, babysitting grandchildren; and visiting with friends. She enjoys walking at Rose Rudman or hiking at Tyler State Park. Brenda and her wife, Lou Anne Smoot, the author of Out: A Courageous Woman’s Journey, have six children and seven grandchildren between them. 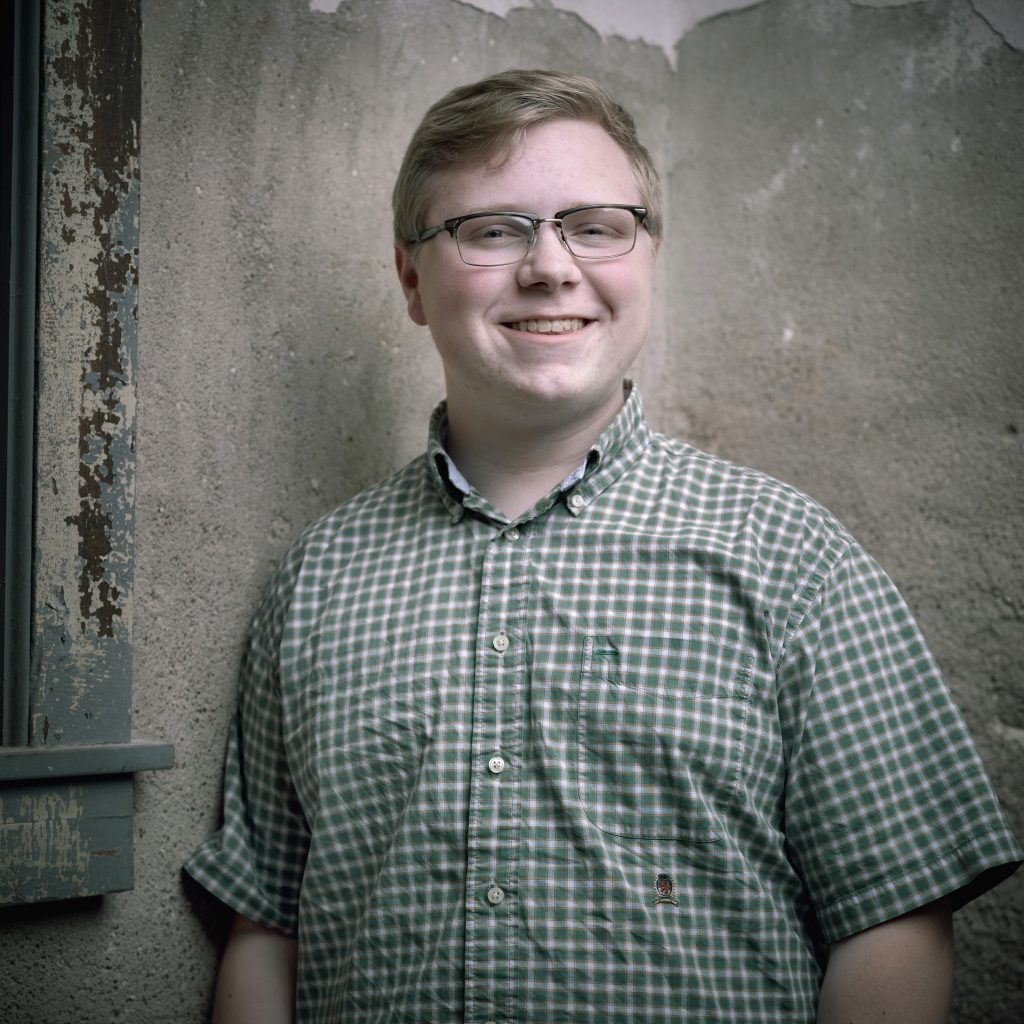 Guitarist Tom Jennings is a high school student at Robert E. Lee High School. He also works at the Tyler Public Library. Tom was born in Leander, Texas, and moved to Tyler with his family when he was four years old. Writing and playing music is “the main thing” he likes to do.

Chris Oliver & Company is a local band featuring Chris Oliver, Josh Brock, Calvin Sheffield, and George Faber. Here’s a great description of their sound and history from Eguide: “If you’ve been to The Grove in Tyler recently on a Sunday morning for brunch, chances are you’ve been listening to the solid grooves of Chris Oliver & Company whether you realized it or not. Originally born in Tyler, Chris attended both Robert E Lee and John Tyler high schools before finishing at North Garland High School in 1995. Eventually moving back to Tyler, Oliver has been a mainstay in the music scene for several years. An accomplished drummer, Chris now fronts the eponymous Chris Oliver & Company and their mission is to make sure you walk away from a show with a smile on your face and the beat in your heart.” Dr. Sarah Roberts is Assistant Professor of Saxophone and Jazz Studies at The University of Texas at Tyler. With an extremely diverse background in classical, jazz, and popular music, Dr. Roberts has performed with a gamut of ensembles ranging from traditional saxophone quartets, to new music groups, to rock bands, to jazz groups and all points in between. In the East Texas area, Dr. Roberts frequently performs with her self-titled jazz quartet (Sarah Roberts Quartet) and other local jazz ensembles including The Jazz Connection. 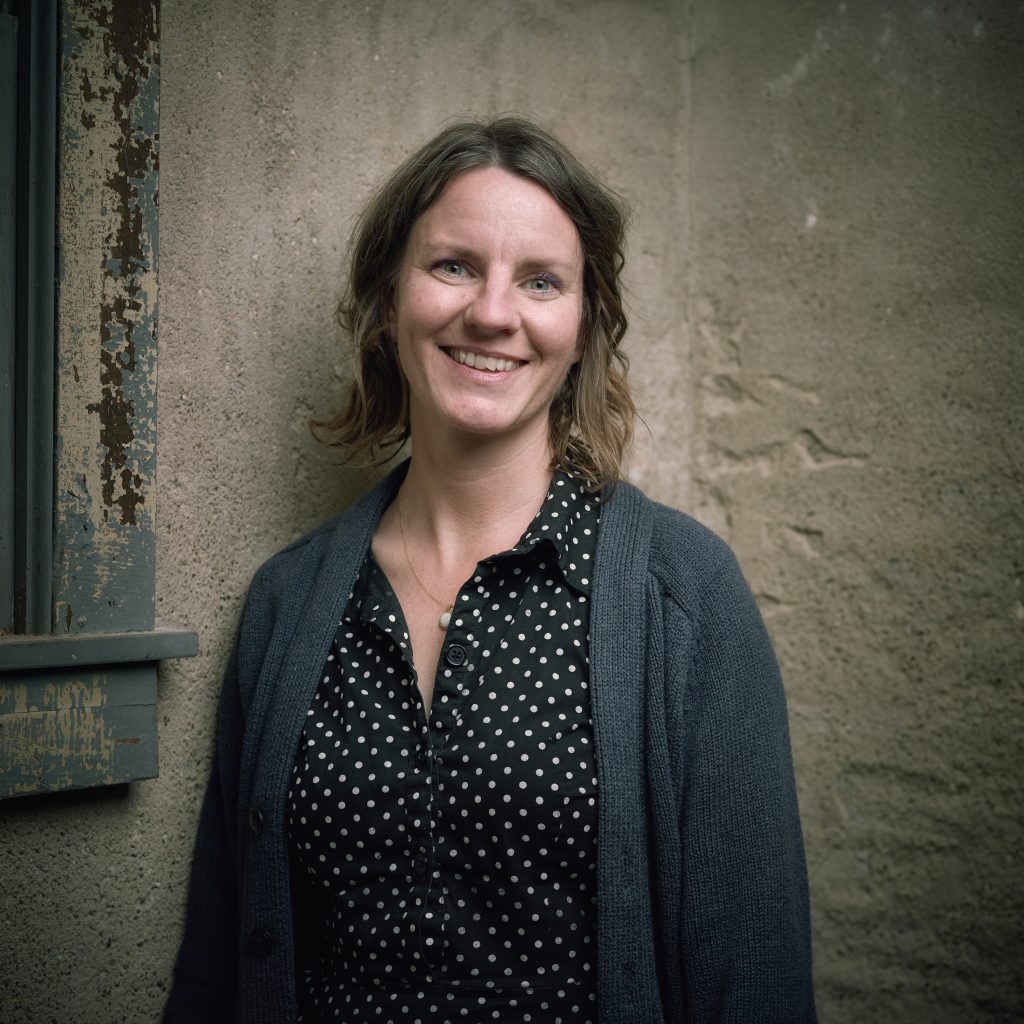 Jane Neal is the storytelling coordinator of Out of the Loop. She also works at the Literacy Council of Tyler and Tyler Public Library, and tutors in French. Jane is training to be certified in interfaith spiritual guidance. She is a former teacher of French at Robert E. Lee High School, where she ran a storytelling program called Senior Stories. Jane and her husband Don have four children.

Jane notes that “the best part of working on Out of the Loop has been the privilege of spending time with Tylerites and East Texans who, otherwise, would not be in my orbit of acquaintances. Hearing their stories never gets old. I am amazed at what treasures people hold and what surprises they bring.” Tasneem Raja is the Executive Editor of The Tyler Loop, a nonprofit journalism startup that explores policy, history, and demographics in Tyler, Texas. She is an award-winning journalist who has reported for NPR, The New Yorker, TheAtlantic, Mother Jones, and other national outlets.

A former senior editor at NPR, she launched a popular podcast exploring issues of identity and race with NPR’s Code Switch team. At Mother Jones, she specialized in data visualization and led a team that built the first-ever database of mass shootings in America. She earned her master’s degree from the University of California at Berkeley’s Graduate School of Journalism, where she created an independent thesis in digital and multimedia journalism.

Tasneem is a pioneer in the field of data-driven digital storytelling, a frequent speaker on issues of digital journalism, and a die-hard fan of alt weeklies, where she got her start as a local reporter. She lives in Tyler with her husband, her stepson, and two imperious terriers.

You can read and hear more of Tasneem’s work here.