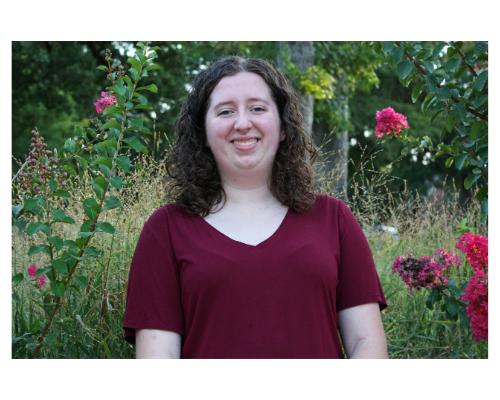 As we enter the final months of 2020, the landscape of East Texans’ physical and mental health is dismal, due to the convergence of numerous health crises. In East Texas, the suicide mortality rate is about five points higher than the rest of the state, and it was recently reported that Smith County has the highest suicide rate of the state’s largest 25 counties. Further, Texas rates as having the worst access to mental health care in the country. To date, prisons are the largest providers of mental health services in the state.

The Stigma with Asking for Help

In East Texas, stigmas surrounding mental health have become deeply ingrained in our society. One of the most prevalent of these is the narrative that people suffering from mental illness should just be able to “pull themselves up by the bootstraps.” In our more rural part of Texas, accomplishing goals without help and working hard to overcome adversity is highly valued. When people are struggling, it follows that they aren’t working hard enough and if they simply tried harder, their problems would magically be resolved. Unfortunately, mental illness doesn’t work like that.

Christina Fulsom, founder of East Texas Human Needs Network, provides a much-needed counter message: “The hardest step (is) asking for help. Know that you are not alone. Asking for help is a demonstration of you taking control. It means you are strong enough to admit that you can’t do it on your own. Take a deep breath and say, ‘I never thought this could happen to me; I’m struggling; can you help me?’ Accepting help creates interdependence and connection, a greater sense of community. Not accepting help will isolate you.”

Pervasive gender stereotypes also contribute to East Texas’ increasing suicide rate. Even though one in five women every year struggle with a mental health condition, they are less likely than men to disclose mental health problems to their physicians. Women are not the only ones subjected to societal pressures and stigmas.

Men in East Texas also adhere strongly to gender stereotypes. If a man asks for help, especially when it comes to mental health, he is seen as weak or less than. Toxic masculinity (traditional masculine norms that can be harmful to both men and women) is a huge factor in the reason why middle-aged white men have the highest rate of suicide in the United States. As a society, and especially in the Northeast Texas region, we need to begin teaching our young men that it is okay to ask for help and talk about their feelings. In Northeast Texas, the suicide rate sits at 16.09 deaths per 100,000 residents, statewide, the average is 13.4 per 100,000 as of 2017.

The Role of Faith Communities

As we hope for a better mental health landscape in East Texas, faith communities will undoubtedly play an important role. In Tyler, about 73% of people identify as religious. Churches and other faith communities can be incredibly helpful for people struggling with mental health. They can provide people with a supportive community or trusted authority figures in an accessible, familiar environment.

However, churches can become problematic, rather than helpful, when they refuse to acknowledge mental illness or fault someone for struggling. I have grown up in a Tyler church and even though my congregation makes an effort to discuss contemporary issues, I can’t recall hearing any conversations about mental health.

I reached out to a few trusted friends who have grown up in Tyler, asking, “What has been your experience in the church as it relates to mental illness?” Their responses told me that some churches are contributing to negative stigmas surrounding mental illness. One friend said, “It was difficult to talk openly about our personal mental health struggles because you could be removed from leadership positions if you didn’t maintain their image.” She also told me that her sophomore year, a student in the youth group died of suicide.

A few months later, the youth pastor did a sermon on mental health and suicide, where he insinuated that suicide was selfish. “It was very insensitive and triggering for some people,” she recalled.

Another friend added that, while mental illness was occasionally discussed in small group settings, it was never mentioned at large in the congregation on Sunday mornings. A close friend told me that she often felt ashamed for struggling with anxiety after hearing messages from church leaders who depicted anxiety as a weakness in faith. If churches, especially youth groups, continue to build a narrative that people struggling with mental illness are inferior compared to their peers, we cannot expect those who need help to come forward.

Minority communities are often impacted most by mental illness. From the 1800s until late into the Civil Rights movement, white healthcare providers have used mental illness to oppress Black people. For example, in 1851, a physician named Samuel Cartwright declared that the condition known as “drapetomania” caused slaves to desire to flee captivity. Treatment included extra whippings and even removing the big toe so that running would be physically impossible for slaves. This condition was listed in the Practical Medical Dictionary until 1914.

Another alleged condition described by the same physician, known as “dysaethesia aethiopica,” reportedly caused laziness and a disrespect for the slave owner’s property. Cartwright also stated that this condition was more common in freed slaves, and was then used as an argument against abolition.

In 1968, schizophrenia was described as “protest psychosis” in an esteemed psychiatry journal, Archives of General Psychiatry. It was said that this could cause Black men to become hostile or aggressive and anti-white. Treatment was highly recommended for Black men in order to maintain the social order of white America. These “diagnoses” helped to justify using violence against Black men protesting during the Civil Rights movement, as well as instill fear in the general public about Black people.

Also in 1968, the American Psychological Association took steps to include “aggression” in the definition of schizophrenia, where it had previously not been. The APA denied this was true, but historians have since proved their claim to be false. For hundreds of years, racist doctors and scientists have used mental illness to demonize and criminalize Black people, especially in the South, and has led to an overall distrust of physicians and psychiatrists in the Black community. In order to most effectively help men, more specifically men of color, there needs to be a focus on training trusted community members in mental health treatment. In Jackson, Mississippi (and throughout the South) barbers are receiving mental health training from a group based in Arkansas in order to help fill the gaps between available mental health care and people in need, especially for Black men in the South.

For Latinx people, specifically those who primarily speak Spanish, it can be difficult to communicate with physicians who do not speak Spanish or understand cultural nuances. Studies have shown that minorities are less likely to be treated by someone of their ethnicity, which can cause a disconnect between Latinx people and available resources and treatments for mental health conditions. Recent immigrants are often at risk for PTSD and stress due to the difficulties associated with the immigration process. Children and teens with undocumented parents may also experience higher levels of anxiety because of the current political climate, and it is extremely important for physicians/psychiatrists to be able to recognize and accurately treat these concerns.

Tyler ISD is a racially, ethnically and economically diverse school district made up of 18,099 students. As of 2017, about 88% of Latinx children, 77% of Black children, and 76% of white children have unmet mental health needs in the United States. If those numbers were applied to the statistical makeup of TISD, that would mean approximately 7,463 Latinx children, 5,014 Black children, and 3,832 white children (16,309 in total) have unmet mental health needs.

Tyler ISD has taken steps in the right direction to combat the problem by partnering with Next Step Community Solutions, a local non-profit who focuses on youth mental health and substance abuse services. However, like most complex problems, there are many more steps that need to be taken in order to begin better caring for our students. Don Neal, former teacher and current LPC intern with NSCS, outlined a few challenges facing our area when dealing with mental illness, including “awareness of mental health challenges, distrust of doctors in minority communities, and economic disadvantages.” Studies have proven that nationwide, not just in East Texas, mental illness is deeply linked with poverty. In Tyler ISD, about 75% of students are considered economically disadvantaged. What does this mean for our area? Statistically speaking, a majority of students in Tyler ISD struggle with some sort of mental health condition; oftentimes, students who struggle with one mental health condition will struggle with multiple — for example, anxiety and an eating disorder or depression and suicidal ideation.

In high school, I remember watching two Shattered Dreams presentations in the “horseshoe” parking lot featuring my classmates; complete with policemen, fire trucks, an ambulance, and even a helicopter. Along with the staged car wreck, upperclassmen were pulled out of class and ushered into the auditorium to an assembly about the dangers related to drunk driving. Drunk driving is a very real concern among teen drivers in the US, and absolutely deserves attention and awareness. That being said, suicide is the second leading cause of death for people ages 10-24, yet there is little to no dialogue related to mental health and suicide in our schools.

Even after a close friend died of suicide our junior year, the only teachers I had who addressed what happened were my AP Psychology teacher and my band director. Nothing will get better if we continue to sweep the issue of mental health and suicide under the rug, ignorning the problem will not make it go away. Schools need to hire counselors who look and speak like their students, and begin honest conversations in classrooms and with teachers about mental health. Schools, specifically in Northeast Texas, also need to begin informing parents in both English and Spanish about what mental health struggles look like in their students, as well as what resources are available if there is concern. Without a collaborative effort between school administration, parents, and teachers (who are sometimes the first people to notice a change in a student) students will keep getting left behind.

Caroline Crawford is a born-and-raised Tylerite. She has just begun her sophomore year at Mississippi State University, where she studies Wildlife, Fisheries and Aquaculture with a concentration in Human-Wildlife Interaction and a minor in Political Science in hopes of protecting precious wildlife for future generations. As both a student and alum of the newly named Tyler Legacy High School, she has been an instrumental part of the youth-led movement for racial equity and change within the city and its schools. Her freelance fellowship project is an essay exploring a profound and wide-reaching issue in our region: mental health and access to care. Her project is dedicated to a close friend lost to suicide in 2017.

How will Tyler solve its water woes?