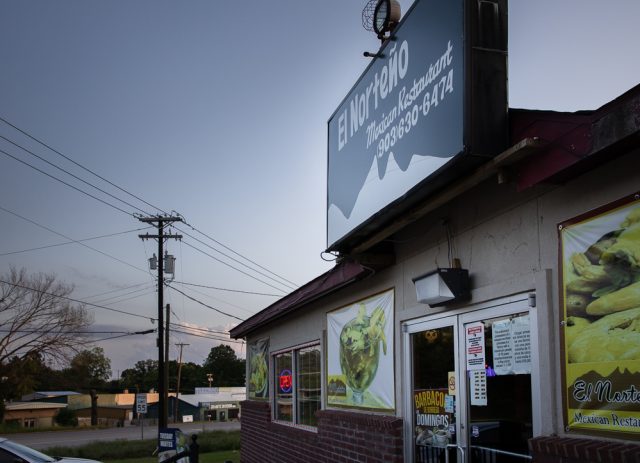 On a weekday afternoon, walk into El Norteño in far northeast Tyler and you’re likely to run into Smith County sheriff Larry Smith, who eats there regularly, or a group of firefighters or police officers taking their lunch break together. The cheery restaurant, festooned with beer ads and streamers and colorful tiled tabletops, has become a reliable favorite of local law enforcement officers and elected officials. The owner, Guillermo Garnica, frequently notes this as a point of pride.

He’s equally proud of the very different crowd his restaurant draws on many Friday evenings. That’s karaoke night. El Norteño will regularly get over 100 people turning out for a lineup of traditional and modern Mexican hits. They’ll sing and dance to musica Norteña (music from northern Mexico, often with accordion), banda (lots of brass and percussion), tropical (with an Afro-Latino beat), and ranchera. (Much like jazz, you can’t really define ranchera. You know it when you hear it.)

The folks who come out for karaoke night are almost exclusively Latino, mostly first-generation Mexican immigrants, many oil-field workers and laborers and domestic workers among them. The night might start slow, with people focusing on their food and giving wide berth to the karaoke stage built into one corner of the restaurant. Garnica will make sure people know about a drink special he calls patada de mula (“mule’s kick”), made with agave wine, Cayman Jack, and lemon triple sec. They’ll order an appetizer he calls levanta muertos (“raise the dead”) with oyster, pico de gallo, shrimp, avocado, and a spicy secret sauce that helps wake you up.

Eventually, a few brave souls will take the mic and get the ball rolling. By 9 p.m., Garnica says, there’s often a line out the door. 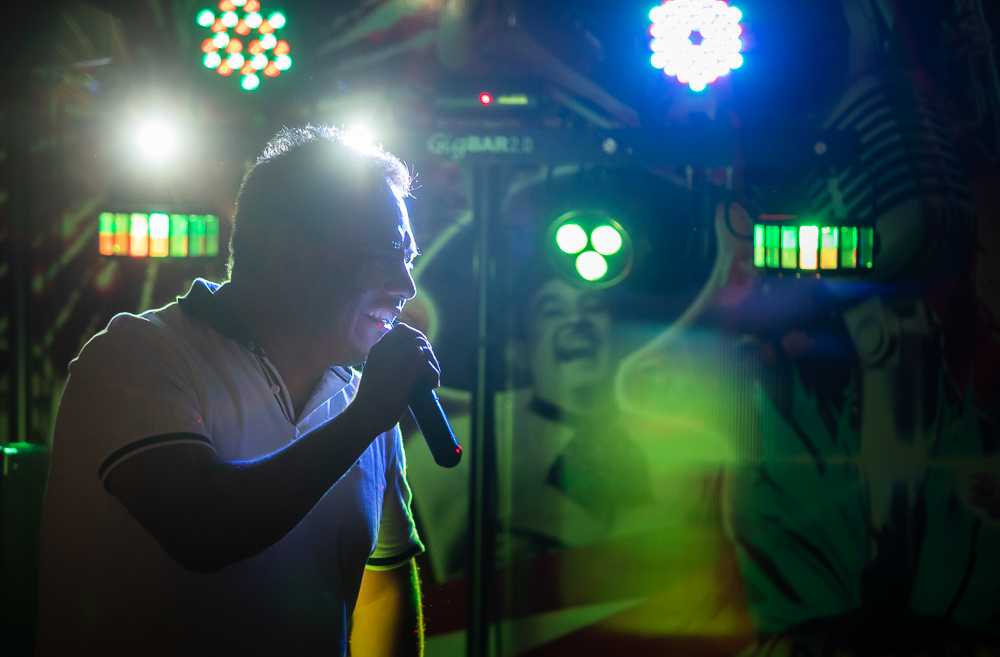 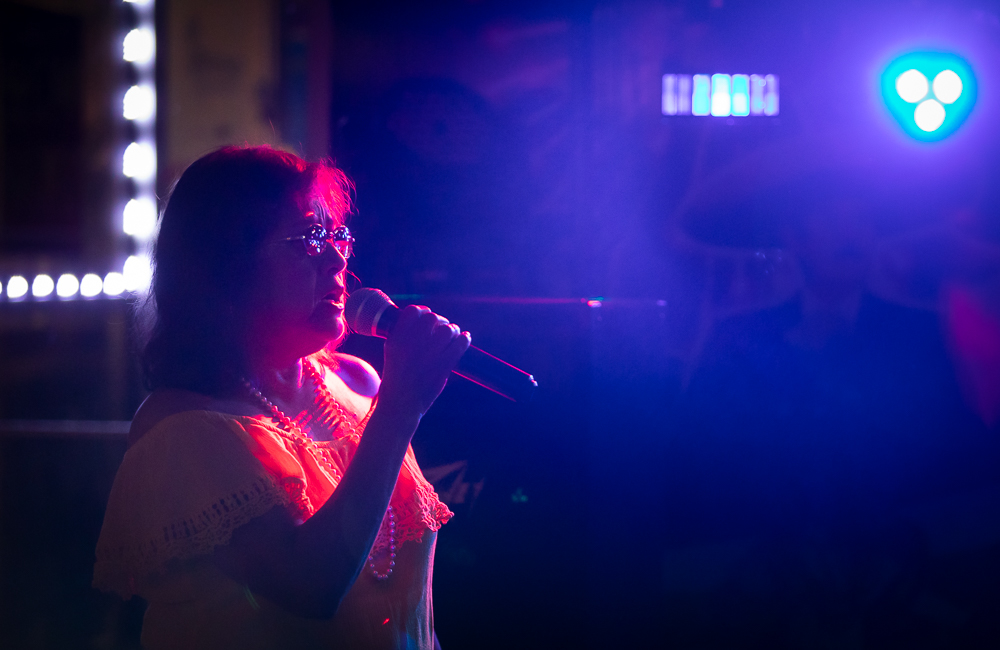 Garnica, 50, says El Norteño is his attempt to recreate a bit of the working-class neighborhood he grew up in, east of Mexico City, called Agrícola Oriental. “Everyone knows everyone there,” he says. “People like to spend time together.”

El Norteño’s menu, decor, and karaoke nights are designed to appeal to people who might have lived and went out in the evenings in Agrícola Oriental and other working-class areas in and around Mexico City. When Garnica first moved to Tyler nearly 20 years ago, he longed for a place like that. Eventually, he started his own. El Norteño opened three years ago, and the karaoke nights started not long after. Last year, he opened El Norteño 2 in White Oak, though that’s not doing as well and is closing soon.

Today, the Garnica family lives near the restaurant, not far from the stretch of northeast Tyler sometimes referred to as Tyler’s barrio. There are plenty of other Latino-owned businesses close to the restaurant, like Neveria los Ludoviko’s, the ice cream and fruit vendor next door, and a string of Mexican eateries and churches down the road. Guillermo, a devout Catholic, says he hopes to franchise the restaurant someday. “But that’s not my decision,” he says. “God will make the decision.”

Garnica lived in Mexico for 32 years, with a degree in business administration. He worked as a general manager at Sabritas, a Mexican snack foods company, in Mexico City. His school-age daughter lives with autism, and he wanted her to have access to better doctors and medication. He had extended family in Tyler. “I made the decision to cross to the U.S. with a tourist visa with my family,” he says. “I made the decision to stay for my daughter.”

He worked at several local restaurants—Lago del Pino, Posados, Gilbert’s El Charro—before starting his own. He earned an ESL degree from T.J.C. and took business classes at U.T. Tyler. For the first time, his daughter was able to get treatment that worked well for her. “That’s the most important thing for me,” says Garnica. He is open about his citizenship status; he first applied to become a citizen 14 years ago, and his case is still underway. In the meantime, he feels he and his family are safe and welcome in Tyler. “I don’t have anxiety about this,” he says. “This is my story.” 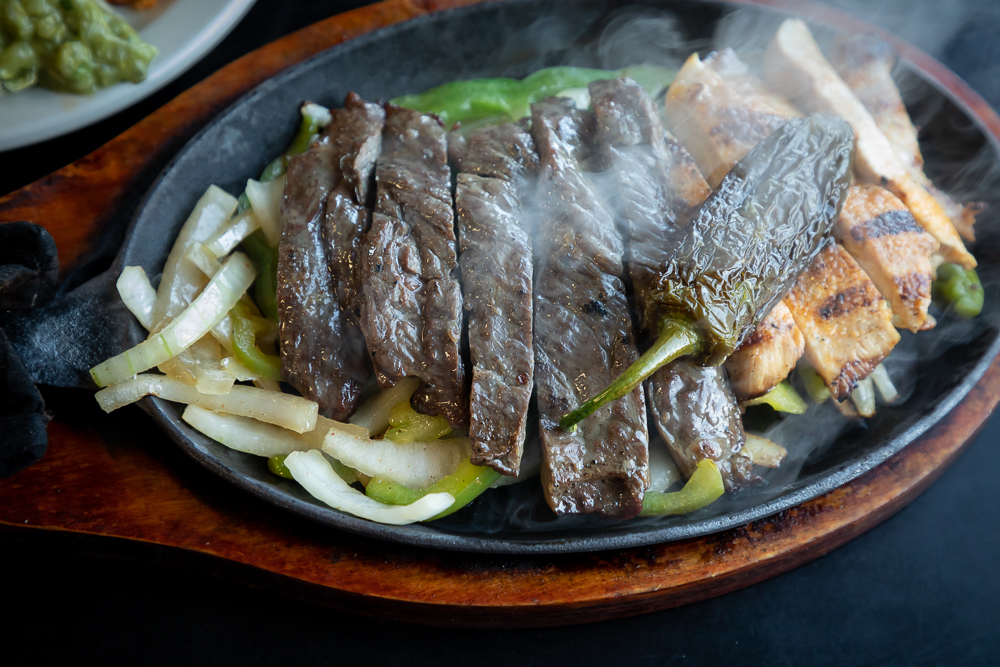 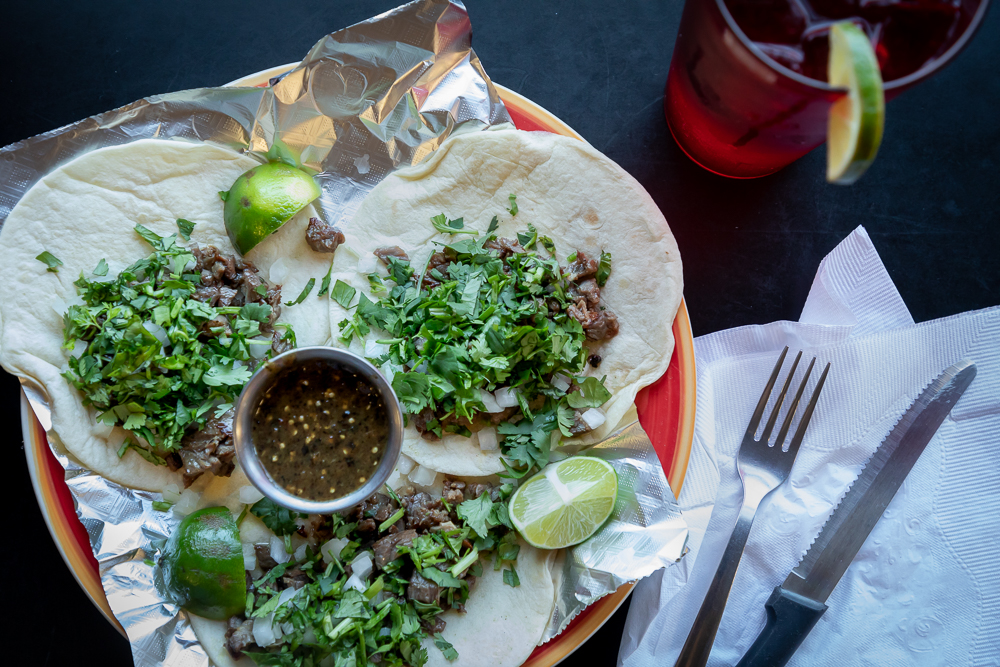 The corn tortillas at El Norteño are handmade. That’s what makes the restaurant’s huaraches some of the best in town according to local Mexican-cuisine expert Tavo Tellez, who organized a Tyler Loop Taco Tour visit to El Norteño in April. (Tickets are on sale for our July 21st outing!)

“The authenticity is why you see a lot of different kinds of people eating at his restaurant,” says Tellez. “His offerings are from the Central Highlands and all these areas surrounding Mexico City. The barbacoa is from the state of Hidalgo, north of Mexico City. Then he has the huaraches, representing food you will find an hour south of Mexico City. He’s bringing in all these regional foods from all around the big metropolis, and he’s keeping the original flavor from back home. This is the real thing.”

Tellez says El Norteño plays an important community role for lower-income first-generation Mexican immigrants who are new to Tyler and East Texas. “People who came here as professionals, as expats—people like me—tend to have an easier time assimilating and being welcomed among the larger community,” he says. “Then you have your second- or third-generation immigrants, and they tend to forget the struggles of their parents or grandparents. Sometimes, they’re not as welcoming toward the new wave of immigrants. For new immigrants, El Norteño is a little piece of home, where they can feel comfortable. It feels like it’s made for them.”

Tellez says that’s what makes El Norteño, and its rare blend of regular clientele, so unique. There’s something for everyone—though they might not all hang out there at the same time.

Garnica says he’s glad that his restaurant is drawing a wide variety of Tylerites and East Texans. “Everybody loves me because I respect everybody. Any kind of culture, any kind of person, any kind of situation, I respect them.” He says business is doing well, and that karaoke night helps spread the word. “I have customers from Longview, Canton, and Nacogdoches,” he says. “When the people can feel happy here, then nothing is too far for them.”

Want to join our next Tyler Loop Taco Tour outing? Get your tickets! 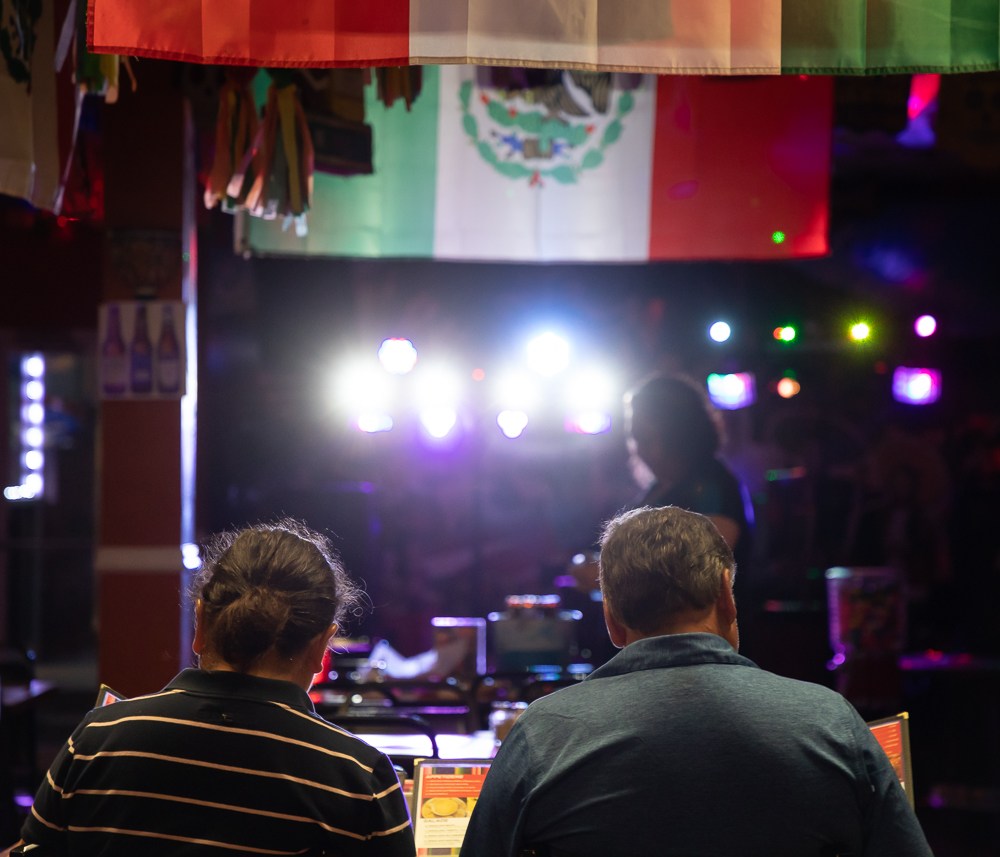